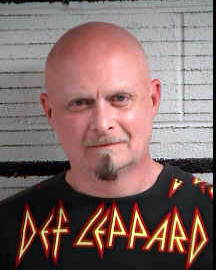 Bruce, who is the former county commission chairman, was arrested in the early morning of Tuesday, Oct. 8, for possession of methamphetamine, among other charges.

Brackett stated that patrolman Brian Collis performed a traffic stop a few minutes before midnight Oct. 7 on Bruce just inside the city limits of McCaysville on Blue Ridge Drive.

During the stop, Bruce was found to be in possession of a “quantity of methamphetamine,” according to Brackett.

“During further investigation, Mr. Bruce was also in possession of drug-related objects and a nine-millimeter handgun,” Brackett’s statement said.

Bruce was then placed under arrest and transported to the Fannin County Adult Detention Center for processing, according to Brackett.

Bruce was pulled over by the McCaysville Police Department just before midnight Oct. 7.

A bond hearing was held this morning, Oct. 9, in Fannin County Magistrate Court, in front of Judge Brian Jones.

Bond was set at $10,500, along with all the usual bond conditions associated with the charges.

Those conditions include a waiver of fourth amendment rights, multiple random drug tests, and no weapons possession.

As of 3 p.m., Wednesday, Bruce was still being held at the Fannin County Detention Center.

FetchYourNews.com will bring you updates on this story as it develops.