BLUE RIDGE, GA – Time is running out for Blue Ridge taxpayers to make their voices heard concerning the millage rate.

The third and final public hearing concerning the millage rate in the City of Blue Ridge is scheduled for this Tuesday’s city council meeting, according to the latest agenda released Friday, Oct. 4.

The second reading of the FY2019 Millage Rate Ordinance and its adoption are scheduled to follow immediately after.

This will be the final opportunity for taxpayers in the city to voice their opinions on the millage rate, which is set to remain 5.378 mills. 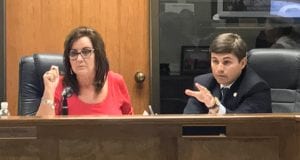 The mayor and council have stated multiple times that the city is not raising taxes.

With the millage rate staying the same, the proposed budget for fiscal year 2020 shows the city is set to receive nearly $200,000 more in tax revenue.

Mayor Donna Whitener said previously the increase of revenue is not due to raising taxes on existing taxpayers, but comes from improvements being made to properties within the city limits. Those properties become worth more, and so they end up paying more taxes as decided by the county tax assessor’s office.

Whitener has cited the development on Overlook Drive as an example of why the city is set to collect more in taxes without raising the millage rate.

The decision to keep the millage rate the same instead of possibly rolling it back to account for the net revenue has went without public comment through two public hearings.

The first two public hearings were during the Sept. 10 regular meeting and the Sept. 12 called meeting.

The expected increase in tax revenue is not only within the city limits of Blue Ridge, but applies to the entirety of Fannin County.

Both the Fannin County Board of Commissioners and the Board of Education are projecting increases in tax revenue during the next fiscal year.

In response, both entities agreed to rollback their millage rates.

The expected tax revenue increase comes, both in the county and city, due to property improvements and developments, which have been assessed by the county and taxed accordingly.

Also scheduled for Tuesday’s city council meeting is the second and final public hearing regarding the 2020 budget, to be followed by the first reading and adoption of the FY2020 Budget Resolution. 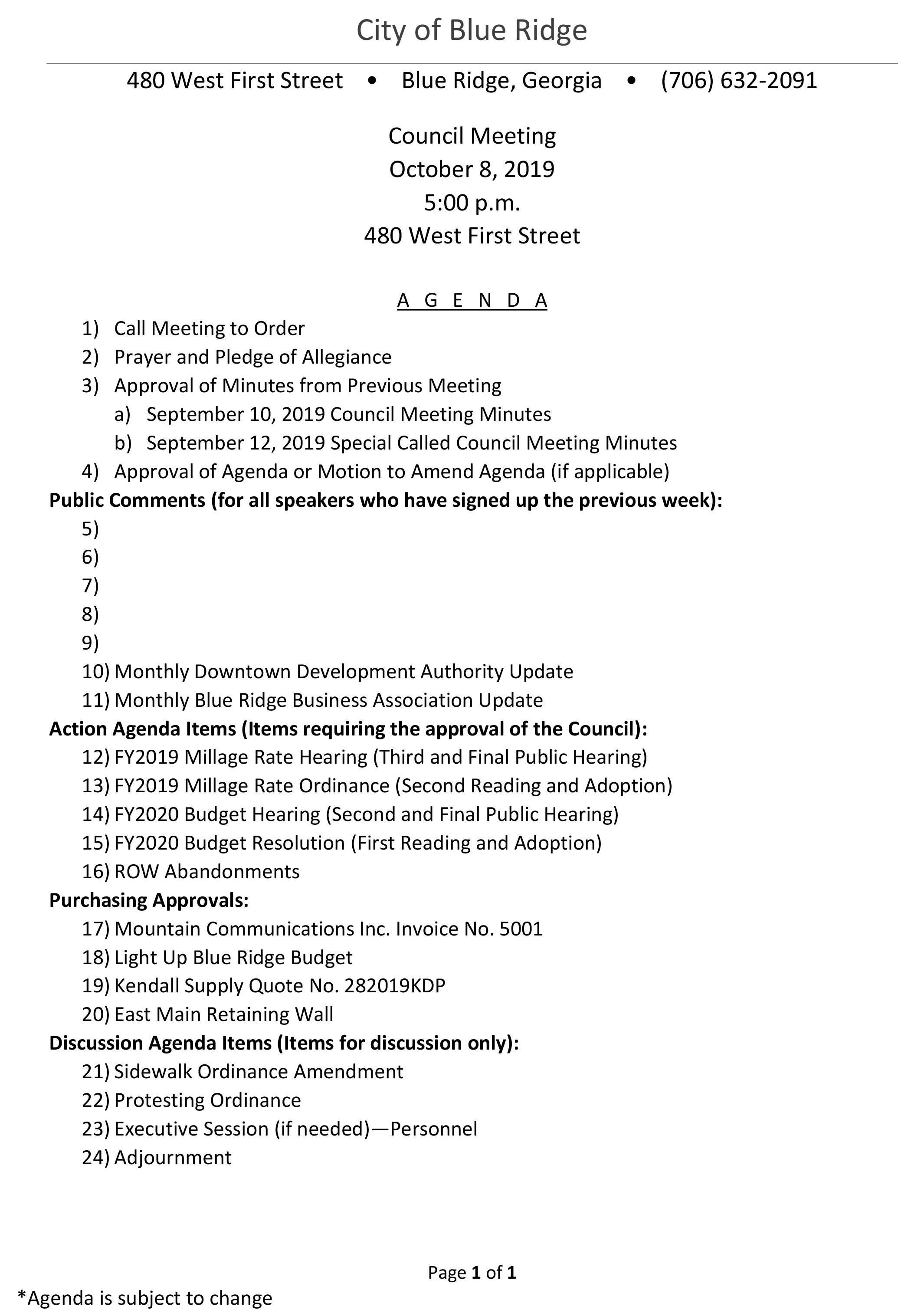