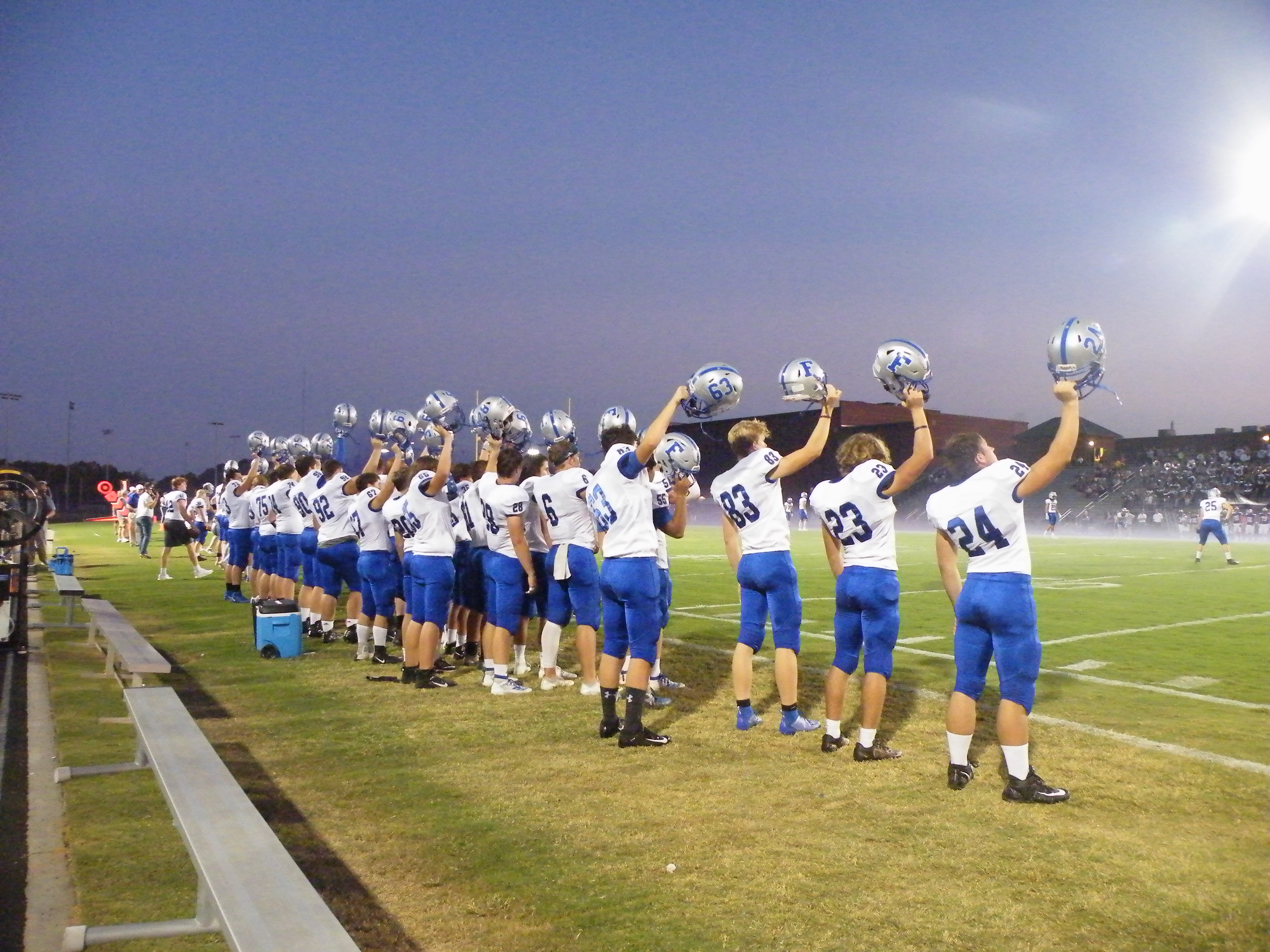 Last night, the Fannin County Football Team traveled to Cherokee Bluff to take on the Bears for their first region game. The Rebels had just come from a 34-30 victory and hoped to carry the trend into their region. 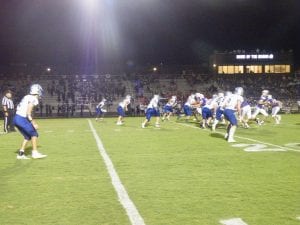 Fannin received the ball from kickoff where Cohutta Hyde caught it at the 10 yard line. The Rebels seemed to be off to a rocky start on offense where they fumbled the ball for Cherokee Bluff to earn possession, but Fannin’s defense was able to recover. Not only was Will Mosley an asset on defense, but he also gained a lot of yards for Fannin from handoffs. It was a back and forth game as both teams held the other. Cherokee Bluff put more defensive pressure on Fannin where they had another fumble for the Bear’s to recover as the first quarter came to an end.

The Rebels defense started to give it back to the Bears as Jakob Tuggle recovered a Cherokee Bluff fumble for Fannin to take over at the 18 yard line. Hyde dove for a pass from Luke Holloway to put Fannin in perfect scoring position at the 1 yard line for Treylyn Owensby to run it in on the next play for a Rebel touchdown! Sara Sosebee’s kick for the extra point was good, putting Fannin ahead 7-0. Jalen Ingram kicked off for the Rebels where the Bears gained eight yards on the return. Jackson Weeks hustled on defense as he deflected a pass meant for Cherokee Bluff. After more back and forth of the defenses holding the other, Fannin had another fumble for the Bear’s to recover at their 40 yard line. After Fannin’s defense kept Cherokee Bluff from scoring, The Rebel’s offense redeemed themselves. Thanks to heavy defensive pressure that Tuggle provided, the Bear’s threw an interception to Jalen Ingram who ran the ball all the way to Fannin’s end zone for a 75 yard touchdown! Soesbee had another good kick, putting Fannin ahead 14-0 to end the first half. 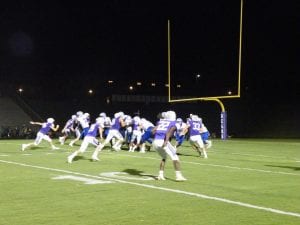 Ingram started off the third quarter with the kick off. As the Bears ran up the field to gain yards, Jackson Weeks intercepted the ball for Fannin at the 40 yard line. After deflecting passes and holding the Rebels, the Bears made their mark on offense. A penalty on Fannin results in a Cherokee Bluff first down for the Bears to run it all the way for a 79 yard touchdown. Their attempt at an extra point was good, putting the score at 14-7. As the clock wound down, Fannin kept fighting to push towards their end zone.

Will Mosley made a big play as he ran the ball in for another Rebel touchdown, followed by another made kick by Sosebee to put Fannin ahead 21-7. Tuggle had another great play on defense as he sacked the quarterback. Hyde caught the Bears punt to earn 1st and 10 at the 48 yard line. Owensby was the go to guy for handoffs as he pushed through the defense to gain yards for Fannin. Mosley almost saved the day by recovering a Fannin fumble, just for one to happen again on the next play for Cherokee Bluff to recover. Cason Owensby made his presence known on defense as he got a hand on the ball and deflected a pass. Both teams played a solid defense to close out the fourth quarter as they refused to let the other score. As time ran out, Fannin found themselves with a 21-7 victory over the Cherokee Bluff Bears. 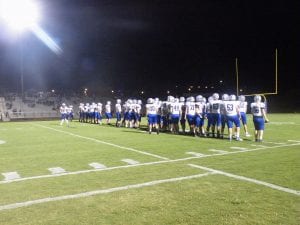 Fannin’s victory puts their overall record at 4-1 and their region record at 1-0! Catch Fannin’s next game, next Friday as they travel to take on East Hall @ 7:30pm!