Notice: Trying to get property 'ID' of non-object in /home/fetchyournews/public_html/wp-content/themes/newsmix-2.0.2/functions.php on line 244
 No GSA club request made at Fannin High | Fannin
Home / Board of Education / Education / News 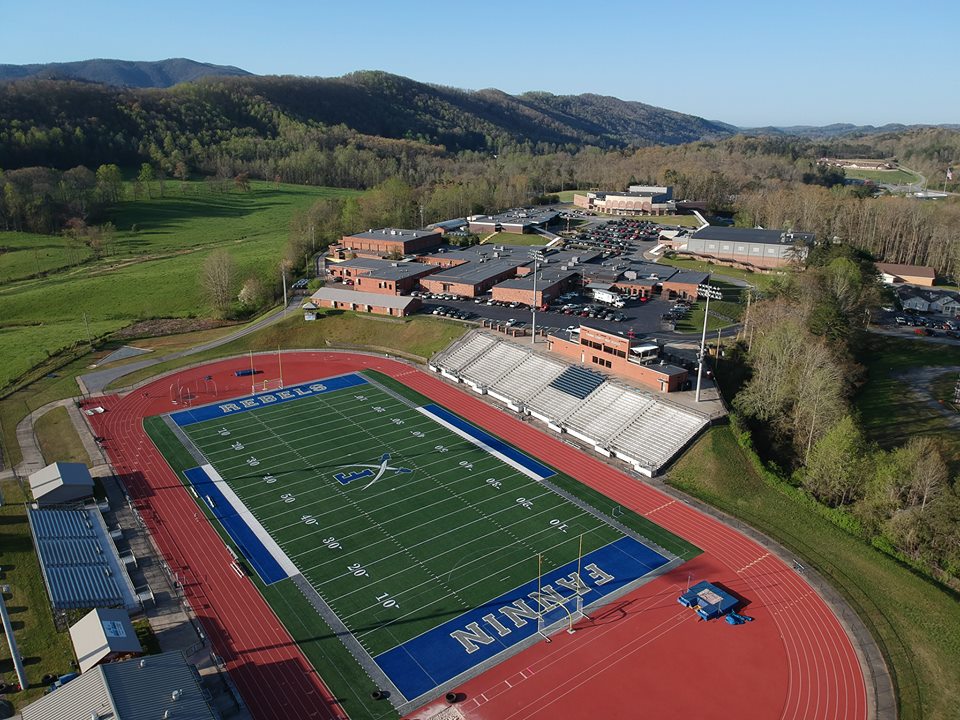 BLUE RIDGE, GA – As of Friday, Sept. 27, there has been no formal presentation or request for one to begin any new club at Fannin County High School, according to Principal Erik Cioffi.

“The reality is … there’s been no formal presentation to start up a new student-imitated club sponsored by a certified teacher,” Cioffi said Friday, echoing required guidelines he listed in a statement put out Wednesday.

The statement was issued, according to Cioffi, because he felt the issue warranted it.

He also hoped that it might help calm some of the more callus debates taking place in the county.

“Although some of the comments and conversations have been healthy and appropriate, there have also been several that are inappropriate and harmful to our student body,” Cioffi’s statement said Wednesday.

On Friday, he reiterated that, saying “I stand by everything I wrote in the letter.”

The issue at hand is the possible formation of a Gay Straight Alliance (GSA) club at Fannin County High. While no formal request has been made, nor has a certified teacher at the school stepped forward as sponsor, opinions on both sides have been hot and heavy. 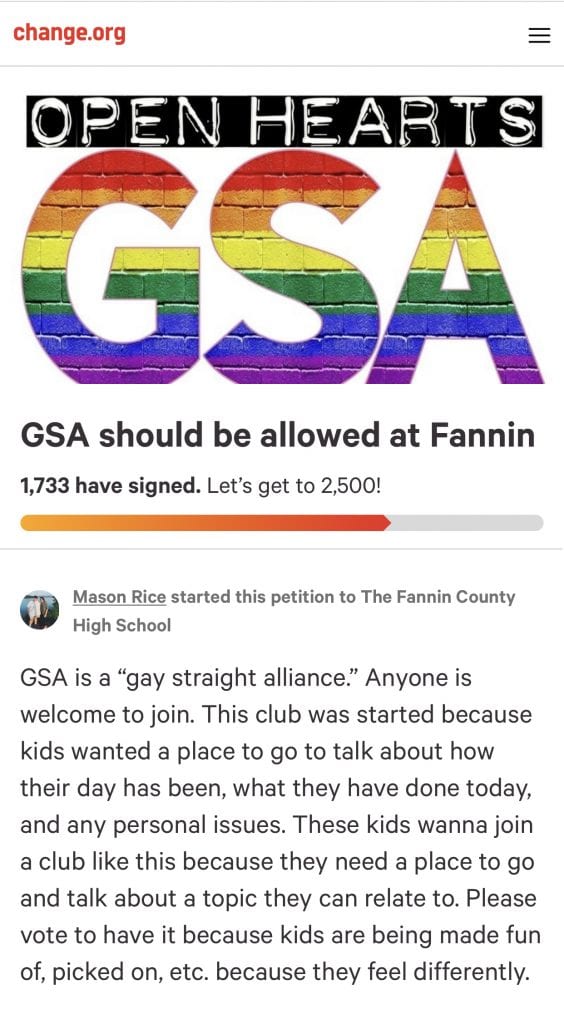 The petition in favor of starting a GSA club at Fannin High.

Two petitions, one in support of the GSA and one opposed, have gotten nearly 3,000 signatures combined online, with the numbers still climbing. Social media has been ripe with argument and debate over the issue, though Cioffi reiterated that there had been no request to form a GSA club.

Cioffi made it clear that he has the final approval in the matter, and that he would not discriminate against any group that met all of the criteria to form an official club.

“If anyone meets the criteria, they would get approval.”

Go here to see Cioffi’s statement and the guidelines to form a school club.

Both the petition for and against the possible formation of the GSA went online within hours of each other Wednesday, Sept. 25, the same date as Cioffi’s statement.

Both are featured on Change.org.

The “GSA should be allowed at Fannin” petition has more than 1,700 signatures, while “Don’t Let Homosexuality Be Pushed on Students in Fannin County” has garnered nearly 1,200.

The apparent author of the petition in favor of the GSA, Mason Rice, has yet to be confirmed.

The description of Rice’s petition reads, in part, “Anyone is welcome to join. This club was started because kids wanted a place to go to talk about how their day has been, what they have done today, and any personal issues. These kids … need a place to go and talk about a topic they can relate to. … (K)ids are being made fun of, picked on, etc. because they feel differently.”

The Gay Straight Alliance Network, which oversees all of the GSA clubs and groups in the country, has members in 19 states.

FetchYourNews.com will continue to follow this story and bring you updates as needed.