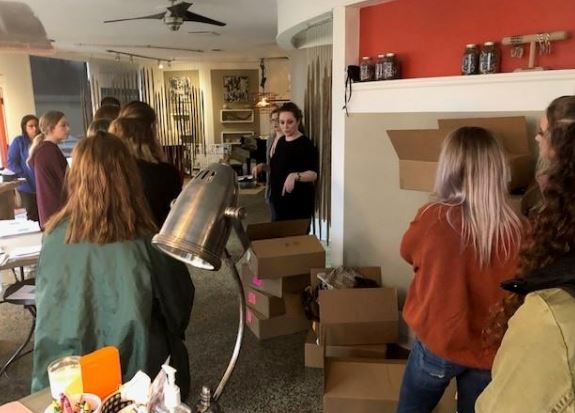 Executive Director of the Fannin County Development Authority Christie Gribble spoke about the first year of FYI to the board and the impact it made on students.

Leadership Fannin served as a template for the program, except tailored to high school students. It demonstrated the opportunities in the county for jobs and helped students to learn soft skills, such as letter writing, communication, resumes, and interviewing.

“Education and having a relationship with the school is very important,” said Gribble when speaking about her role as executive director of the development authority.

The students spent five days out in the community learning from small business owners, social services, government roles, and the arts. The program included trips to the Chamber of Commerce, courthouse, and the state capitol. 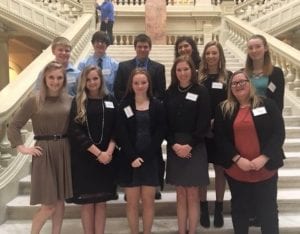 Ten students from 10th and 11th grade participated in the program. Mrs. Lynn Birch acted as the faculty advisor and made sure everyone was where they needed to be.

The participants were given a mentor, took a career assessment, and voiced opinions about young people needing a place to hang out.

“When the kids talk about a place to hang out, what’s their definition of that?” asked Board Member Mike Cole.

The answer: It varies from student to student, some wanted a diner, and others said games, in general just something different than cruising The Home Depot or Wal-Mart parking lot.

The students received internships, contacts, and contract work. The Development Authority hired an intern, and a videographer student started working for a business in the county.

FYI is also a finalist in a state CTA program and will know by July if it won first, second, or third place.

“Opportunity and preparation come together, then that’s when you have success. I’m really pleased to hear the success of these students,” stated Superintendent Michael Gwatney.

Board Chair Lewis DeWeese said, “If they learned as much about the community as they do at other Chamber events, that’s tremendous.”