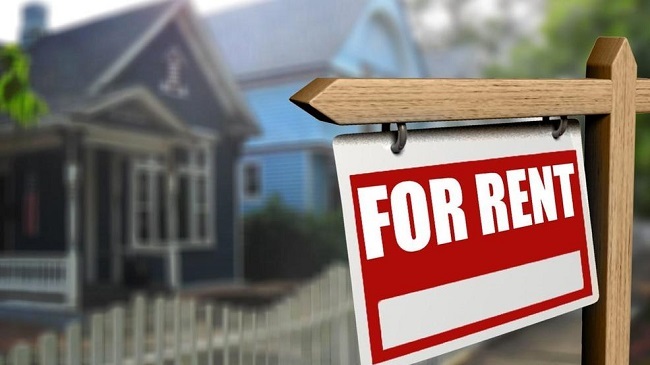 Two members from the public spoke on Tuesday, Jan. 8 at the city council meeting regarding the matter. Much like the mixed feelings of residents in the city, one citizen was in favor of having short term rentals throughout the city, while the other who spoke was against it.

Kathy Brakefield, who owns a rental property within city limits, spoke in favor of rentals in approved zoning, “I heard some things from the council that suggested to me that there is a lot of negativity about furnished rentals within the City of Blue Ridge.”

Speaking from experience, Brakefield pointed toward the fact that many of the current vacation rentals in the city are owned by responsible landlords who maintain their property, as well as vet any potential renters.

Fearing that council might vote to ban short term rentals all together Brakefield simply asked, “Why would you want to?”

“I don’t think we are trying to ban it,” Mayor Donna Whitener responded to Brakefield easing those concerns, “We just want to talk about where and get some rules in place so that it is a safe environment for your neighbors.”

Safety was the exact reason another citizen chose to voice her opinion. The long time Blue Ridge resident spoke of the small town feel that still resonates in our city, and the safety she feels when walking down her street.

This resident also spoke of the comfort in knowing her fellow neighbors and knowing they are all there to help each other out. As for allowing rentals on her street, this resident spoke frankly, “If this happens, we get rentals right next to us, I’m not going to feel comfortable to walk my street anymore. I will feel like I have to keep my doors locked” and added, “I’m not going to live where I fear.”

Council members seemed just as divided on the issue of where these short term rentals should be allowed. Some maintaining that they should only be allowed in commercial zoning while others would like to see it expand into residential zoning.

“I think some of our long term rentals are worse than our short term rentals,” Councilmember Nathan Fitts made his stance clear. “When you live in a resort town you just got to expect it.”

Fitts pointed to evidence around the city where individual owners had purchased abandoned or neglected properties with the intent of making it a rental destination, and in most cases these properties had been greatly improved from their previous states.

Whitener expressed that particular zoning for these rentals had not been addressed at this point, to which Fitts replied, “I know, but it needs to be.”
Recommending that the council take time to research and come up with a plan on zoning, Whitener suggested at the second reading of the ordinance, that it be read for each zone and the council could vote individually for each territory.

“We may all be on a different page there,” Whitener spoke of the individual zoning vote, “I think we will be.”

Council member Robbie Cornelius voiced her opinions after having spoken with many residents downtown, “That’s who I’m here to serve, first and foremost is the residents. It’s something we have to look at. Is greed more important than the welfare of our residents?”

Cornelius stated that most of the citizens she had spoke with would rather know their neighbor, and said that this is particularly the case with Blue Ridge’s elderly population.

While zoning remains divided among the council members, council does agree that an ordinance with regulations needs to be put into place.

Council member Ken Gaddis spoke of the new ordinance, “Blue Ridge and all cities have to evolve. We can’t be lethargic in anything that we do. If we become lethargic, we die. Evolving is the process of getting older.”

Gaddis shared a similar view to Fitts in that “good owners” are beautifying properties that have been neglected or rundown and said that the purpose of the ordinance is to ensure that this is the case for rentals.

“In this we are looking at protection of the citizens, protection of the properties and making Blue Ridge beautiful,” Gaddis spoke directly to the public about city council’s intention with the short term rental ordinance.

“We don’t want our law enforcement to spend all of their time handling just cabin rentals. We want the owners to be responsible too,” Whitener added to the idea of protection in passing the new regulations.

Speaking on public safety Whitener added, “Jeff (Zoning Administrator) and I have discussed that we would really like to see signage at each of those properties so that our police officers can identify them instantly.”

All council members agreed that the move to add signage would be a good idea.

Blue Ridge City Council will hold a First Reading of the City of Blue Ridge Short Term Vacation Rental Ordinance at their next regular monthly meeting to be held on Tuesday, Feb. 12, 2019. The public is encouraged to voice their opinions regarding zoning of these rentals.