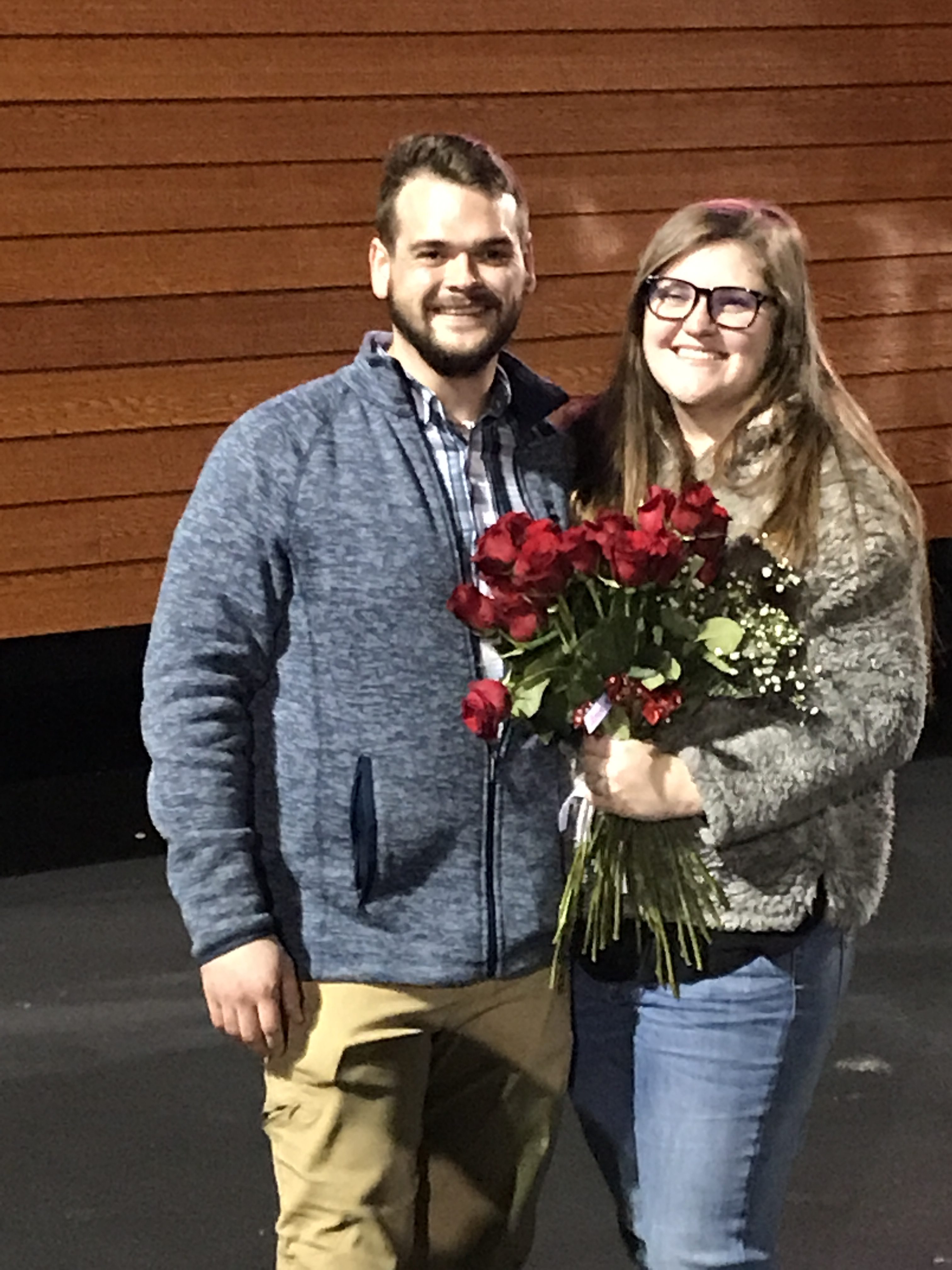 Sometimes you just never know what the next minute might bring to your life. One lucky resident of Blue Ridge found out how it could forever change the future.

Edward Bell appeared nervous as he paced the showroom floor of Blue Ridge North Ga. Ford (BRNGF) in Mineral Bluff on Friday, Jan. 25, 2019. Along with his co-workers, he was waiting for the arrival of Kelsie Ware. In minutes, she would be returning to Blue Ridge from her job at Brown Haven Homes in Hiawassee.

The evening was going to be very special and life-changing for them both.

This reporter was able to sit down with Bell before the festivities began. He stated, “She’s made me the man I am today. Every day is truly a blessing.”

While candid in his interview, he explained he was named after his grandfather, Edward Bell. What he intended to give Ware was an heirloom his grandmother, Helen Bell, wore when she celebrated her Fiftieth Anniversary renewing her wedding vows to the love of her life, Edwin Bell, Sr. She had Stage 3 cancer at that time with only a few months to live, so this represented something very special to his grandparents and his family.

“It was what she wanted to do before she died,” Bell said. “She only got wear it about 2 months before passing away.”

His grandfather “made it a point” he received the special heirloom.

Tim Ford, BRNGF’s owner, and his staff helped Bell prepare for this special day. Ware was told she would be witnessing a fly-over of AC 130s for a night light show. What she did not know is her parents and brother were in on the surprise.

Ford, with the help of receptionist Robin Nash, assisted in the preparations. Nash was instrumental in distracting Ware by seeking decoration ideas in the tiny home demo located on the property under the marquee. This allowed everyone to gather outside in the brisk night and hide behind vehicles to wait for the big moment. Once she and Ware exited the tiny home, Nash brought awareness to the dealership’s marquee which now flashed the following:

Bell had also been hiding, waiting for Nash and Ware to head back to the office. After allowing Ware to read the marquee, Bell came out of the shadows, knelt on one knee to ask the love of his life if she would marry him? He presented her with the heirloom ring his grandmother once wore along with a beautiful bouquet of roses. Behind him, her immediate family members also emerged to witness and hear his request.

As family and his co-workers watched and waited each witness had a single rose hidden behind their backs to be presented to Ware after her acceptance. They would express their congratulations for the couple and add a rose to her bouquet.

With eager anticipation among her family, co-workers, and others present for this event, finally, the answer colorfully flashed above the now engaged couple, “She said yes!”

Ware, giggling and all smiles had told him, “Yes, most definitely!”

Once back in the office, Bell showed everyone something special. Not only did his grandparents gift him with the treasure of his grandmother’s ring, but also the one his grandfather proudly wore. This is the ring Bell will wear.