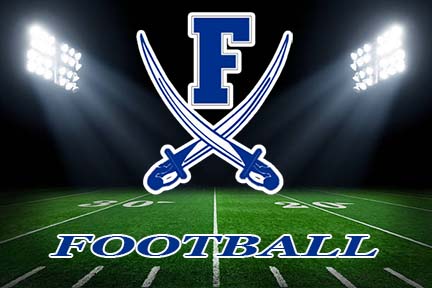 The Fannin Rebels came in to Friday’s game against the Spartans of Greater Atlanta Christian hyped up and ready to face the challenge.  The Spartans are known as a powerhouse team that is both state and nationally ranked.  These Spartans (6-0 in Region) generally put out several Division 1 athletes each year.  None of this mattered to the Rebels as it was just another team on the schedule.

The Rebels held nothing back as they took the field for the last regular season game in the 2018 season.  The Spartans took a 37-14 victory in the end to set the record for Fannin at 4-6 overall and 3-3 in 7-AAA.  1st year Head Coach Chad Cheatham has his guys battle every game this year and it was different in this one.  Defensively the Rebels played well against the high powered Spartans.  G.A.C. scored 14 in the 1st quarter, 16 in the 2nd and 7 in the third in the victory.  Leading the stats for the Rebel defense were Tate Heaton with 6 solo tackles, 3 assist and 5 pass break ups, Rhodes had 7 tackles, 3 assist and 1 tackle for loss, Micah O’Neal had 9 tackles and 3 assist.  Other Rebels had a multiple tackle night as well.

Luke Holloway and his offense struggled to work the ball up and down the field against a powerful Spartan defense.  The Rebels still had a good night with Holloway putting up a 89 percent completion rate going 5 of 12 for 93 yards through the air.  Jalen Ingram led receivers with 3 catches for 79 yards and a touchdown,  Rushing on the night had the Rebels total 95 yards on the ground.  Holloway carried the ball 5 times for 20 yards.  Leading all ball carriers was Tim Garland.  Garland had 11 touches for 69 yards and a touchdown.  The Rebels had 2 fourth quarter touchdowns in the 37-14 defeat at the hands of the Spartans.

With the 2018 regular season officially over, the Rebels turn their focus the AAA state Playoffs.  Making the AAA playoffs for the first time in school history, Coach Cheatham and his Rebels face the #1 seed Calhoun Yellow Jackets.  Fannin will travel to Calhoun this Friday for a 7:30 kick off at the home of the Yellow Jackets.  GO REBELS!!