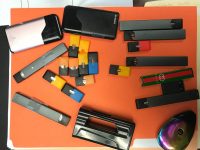 On Thursday, Oct. 4 Fannin County High School hosted a panel of qualified speakers to discuss the rising epidemic of teens vaping within the Fannin County region.

The panel members addressed what vaping is, substances often used in vape pens, and the health risks of vaping.

Vape pens can look like jump drives, electronic cigarettes, and other electronics.

Through vaping, a person can ingest illegal substances such as synthetic cannabinoids like Pinaca. Pinaca has recently been discovered and listed as a schedule 1 drug like LSD or heroin.

Local pharmacist Bill Prather explained that there about 100 different cannabinoids and they are being chemically altered in other countries and then being distributed in the US.

Prather stated, “I think this is going on because of the discussion about marijuana. THC the active ingredient in marijuana that makes you high is still a schedule 1 narcotic. Many states have legalized marijuana as a medical drug and even a recreational drug. All these cannabinoids that are coming into the United States are coming from those plants and they’re being altered, and this is what our young people are ingesting.”

This is important because these drugs could do serious harm to Fannin’s youth because no one really knows what these substances are made of until they’ve been studied in a lab. 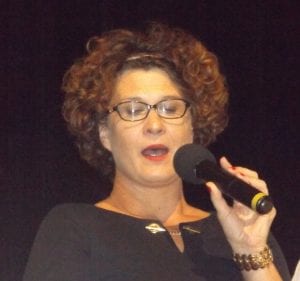 District Attorney Allison Sosebee referenced a story from another county where a student had ingested an unknown substance while vaping in the school bathroom and the student went into an acute psychosis, and when he came to, he attempted to pull his tongue out of his mouth.

The issue here, is that when students see adults—or people on social media, in movies, commercials, etc.—using vape pens, these devices appear harmless.

When vape pens and e-cigarettes were first on the market, they were used in place of real cigarettes and were intended to be used to quit smoking. Dr. Whaley explained that vape nicotine equaled the same amount as 20 standard cigarettes.

Each panel member communicated how important it is that this epidemic be taken seriously since there are no regulations or studies on how vaping certain substances can affect Fannin’s youth.

The vaping industry is so new that there are not any safety regulations in place to monitor the effects of vaping.
Director of Addictive Diseases Ansley Silvers stated, “We’re talking about ‘decision making, decision making, decision making’ and brain development and we’re expecting these kids to think like an adult and to think through things…I think we as a community we need to educate these sophomores, juniors, and seniors [about the consequences of drugs] and constantly remind them of the ‘why’ [they shouldn’t do drugs].”

As a result, the Fannin County School System has decided to tackle vaping on school premises with severe consequences. 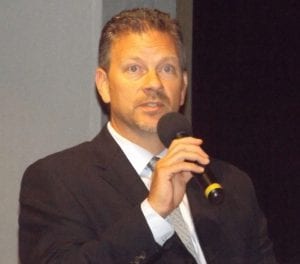 Principal Cioffi stated, “As of September 7th, if a student is caught with any vaping product or being caught in the act, they will receive 5 days of out of school suspension (OSS). They will also be put in our database where if they have a second offense then they would be recommended to alternative school.”

Cioffi also explained that FCHS is looking into installing technology that can detect when Juuls and other vaping devices are being used to keep students from vaping in the bathrooms, hallways, and other parts of school grounds.

Fannin County is on high alert with this vaping epidemic. Students should expect more school policies and focused attention on the devices they bring to school and use while on school premises.