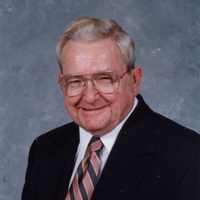 Robert Eugene Snodgrass, age 86, of Blue Ridge passed away on Sunday, September 30, 2018 at his home. Mr. Snodgrass was born on Wednesday, March 30, 1932 in Detroit, MI to the late Robert Andrew Snodgrass and Lou Marie Sherk Snodgrass. He served our country as a Marine for over 17 years and afterward became a Mechanical Engineer for the United States Army until his retirement. He was a member of Blue Ridge Marine Corps League Detatchment 1438 and was a faithful member of the First Baptist Church of Blue Ridge. He also engineered and filed multiple small arms patents mainly pertaining to the M1, the M1A, and M16 rifles. Mr. Snodgrass was preceded in death by a previous wife of 25 years, Patsy Bates Snodgrass.

A service to honor the life of Mr. Snodgrass will be held on Saturday, October 6, 2018 at 11:00 am at the First Baptist Church of Blue Ridge with Rev. Bob Richardson officiating. Pat Young and Steve Thrasher will be providing musical tributes. Military honors will be provided by the North Georgia Honor Gaurd and a reception will immediately follow the service. Interment will be held at a later date at Rock Island National Cemetery. Condolences may be sent to the family online at www.akinsfuneralhome.com. Memorial contributions can be made in Mr. Snodgrass’ memory to the Marine Corps League 1438 (P.O. Box 2214 Blue Ridge, GA 30513) or Toys For Tots (www.toysfortots.org/donate). Akins Funeral Home of Blue Ridge is in charge of arrangements.