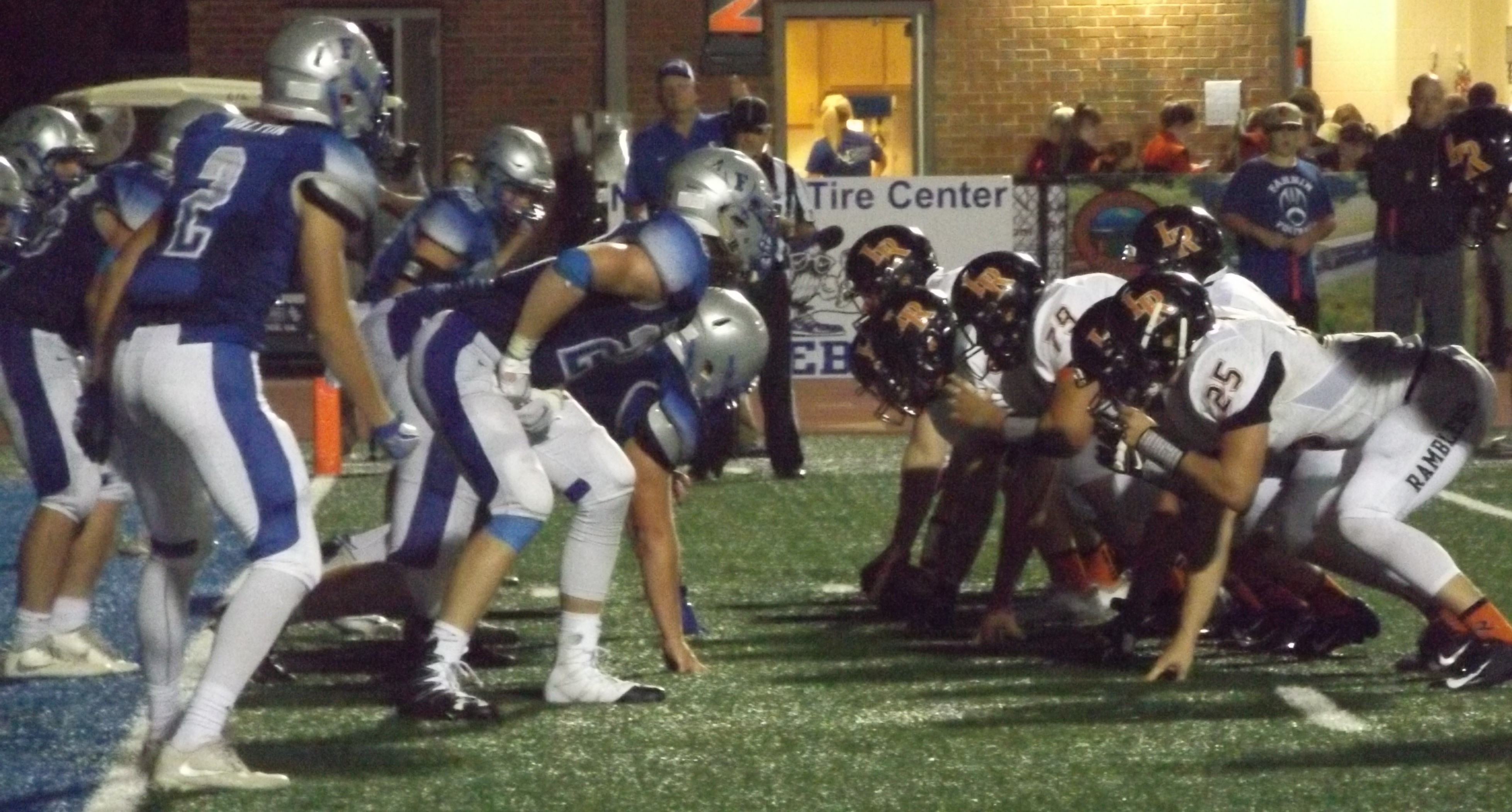 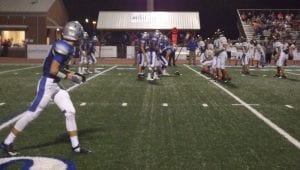 After the coin toss, Rebels got the kick-off first and capitalized early with quarterback Luke Holloway connecting with Chandler Kendall, Jalen Ingram, and Will Mosley. The Rebels were able to drive for a touchdown, Sara Sosebee’s extra point attempt was blocked, and Rebels took the lead with 6-0 and 8:26 left in the first quarter.

Unfortunately, the Rebels took a loss on the defensive side as Mason Rhodes was injured during a play and was out for the rest of the game. After a good defensive stand from the Rebels, the Ramblers were able to find holes and put two touchdowns on the scoreboard taking a lead of 14-6 in the first quarter.

In the second quarter, the Rebels struggled to get the offense going. One reason may be that multiple flags were thrown for things like illegal shifting, holding and incomplete passes. Nonetheless, Holloway and quarterback Tyler Norton tried to get the ball moving and the Rebels picked up a couple downs. 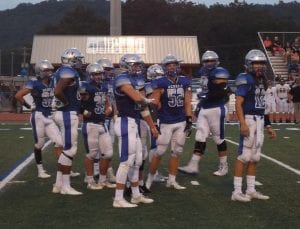 Moving back into offense, the Rebels got a little restless and made some careless errors like false starts, incomplete passes, and struggled overall to move down field. However, the Rebels did make it deep into Ramblers red zone and turned over the ball at the 8-yard line.

Fortunately, the Ramblers faced some of the same issues as the Rebels and was called for illegal shifting and had some incomplete passes which caused a scoreless second quarter.

In the very next possession, Ramblers answered the Rebels touchdown with a touchdown pass from their own 43-yard line with the extra point. Ramblers would then have 28-12 lead.

The Rebels offense were not able to get across midfield and into Rambler territory and the ball was recovered by the Ramblers.

In the next possession, Ramblers looked as though there going to capitalize on another touchdown but a block in the back would negate the touchdown. Ramblers take lead of the 3rd quarter 28-12. 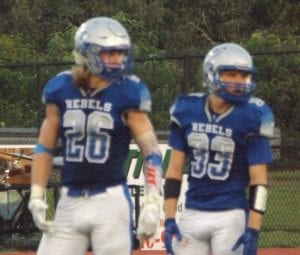 Ramblers would start the 4th quarter deep in the Rebels red zone. An aggressive Jackson Weeks and Micah O’Neal with the tackle at the 5-yard line, 3rd and 5 in Rebel territory. Rebels would drop the Ramblers quarterback for a 4th and 9. Ramblers attempted to go for a field goal but missed and the ball was recovered by the Rebels.

Deep in the fourth quarter, Rebels offense was determined not to give up. An amazing pass play from Holloway to Mosley to Andrew Jones laid out the turning point in the game. Holloway hit Mosley, the ball tipped off Mosley’s fingers and Jones caught the ball for the touchdown. The Rebels went for the 2 points, Holloway to Treylyn Owensby, Rebels lit up the scoreboard with 20 to Ramblers 28.

The Rebels touchdown seemed to inspire fire in their defense as the Rebels held the Ramblers offense and didn’t let them cross the 50-yard line until the last two minutes of the game. Even still, the Ramblers didn’t get the touchdown they wanted because the Rebels defense ended the game at the 36-yard line in Rebels territory.

The Rebels end their first home game with a loss but not for lack of effort. Rebels defense stood strong and did their best to maintain balance and keep the Ramblers on their side on the 50 and away from Rebels endzone. The Rebels pushed through and put their best foot forward to keep the loss minimal.

The Rebels will NOT be playing this Friday as it is a holiday weekend. The Rebels will resume game day, Friday, September 7th at 7:30pm at Union County High School! Let’s go Rebels!