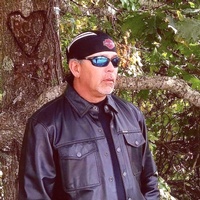 Lewis Patrick “Pat” Snow, age 60, of Epworth, passed away on Wednesday, July 4, 2018 in Harpersville, AL. He was born on April 16, 1958 on a military base in Okinawa, Japan to the late John William Snow, Sr. and Fumiko “Keiko” Fuji Snow. Pat attended Helping Hand Church and worked as a Journeyman Lineman with Service Electric Company. He was a member of the International Brotherhood of Electrical Workers Local 84. He was a Veteran of the United States Army.

Funeral Services will be conducted on Saturday, July 7, 2018 at 4:00 pm from the Chapel of Akins Funeral Home with Rev. Denny Hawkins officiating. Interment will follow the service in the Helping Hand Church Cemetery with the following gentlemen serving as pallbearers: Tim Henderson, Joe Postell, Mark Hay, Travis Bierd, Eric Pfendler, Dusty Bowman, Kenny Bernard, and Damon Morris. Bobby Kendall will serve as an honorary pallbearer. Military Honors will be provided by the North Georgia Honor Gaurd. Friends may visit the family on Friday evening from 6:00 pm until 9:00 pm at the funeral home. For those desiring, memorial contributions may be made to the Breast Cancer Research Foundation at www.bcrf.org in memory of Pat’s mother Keiko or to Lymphoma Research Foundation at www.lymphoma.org in honor of his daughter Amanda. Condolences may be made online at www.akinsfuneralhome.com. Akins Funeral Home of Blue Ridge is in charge of arrangements.