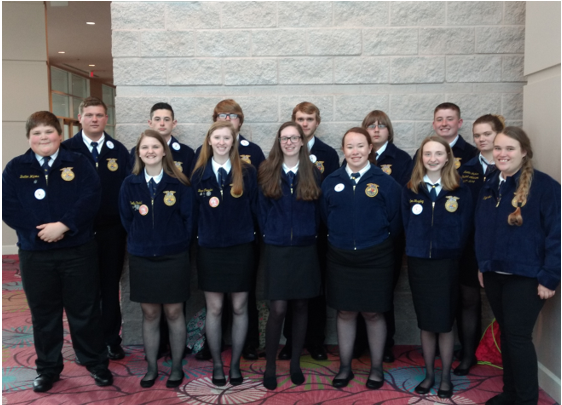 Here students joined in on the celebration of several events, participated in competitions, heard from amazing motivational speakers, listened to the retiring state officers address, and heard from our state governor.  In the evening, they were entertained by singing sensation, Frankie Ballard. 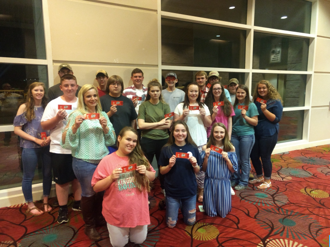 While at the state convention, Sydney Tarpley competed and placed 8th in the Agriscience Fair with her project, “Which has a higher hatch rate chicken or quail”.  Andrew Seites competed in the Agricultural Proficiency category and placed 3rd in the state. Tayelor Long was a state officer candidate and part of the courtesy corps.

The FFA has several degrees that a FFA member can acquire while in middle and  high school. They are the discovery, greenhand, chapter, and state degree. All of these degrees require an FFA member to have an SAE, Supervised Agricultural Experience.  The difference is determined by their community service, hours of SAE, money made from the SAE, and participation in their local FFA chapter. The following Fannin County FFA members received their state degree, which is the highest degree in high school, at the state convention:  Asher Patterson, Zachary Franklin, Aaron Walden, Tayelor Long, Hailee Mealer, and Kelly Locke. The American degree is the final degree which can only be earned after a student has graduated high school and presented at our National Convention in October. Last year, Tyler Messer received this honor.  This coming year, Seth Davis will be receiving his American Degree a the 2018 National Convention.

While at this convention, our state Governor Sunny Perdue, signed the house bill SB 330 with the state FFA officers.  This bill that has passed the House and Senate will allow a pilot program of agriculture to be taught at the elementary level.

FFA is a national organization of over 600,000 members preparing for leadership and careers in the 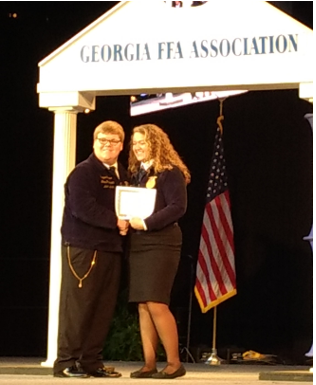 science, business and technology of agriculture.  FFA is an integral part of the agricultural education program in public schools. The FFA mission is to make a positive difference in the lives of students by developing their potential for premier leadership, personal growth and career success through agricultural education.