Cagle and Kemp emerged as front runners in the General Primary, with Cagle showing a slight edge over Kemp by receiving 39 percent of the votes (227,170 total votes). Kemp was not far behind having received 26 percent or 150,051 total votes.

The two candidates will move forward in a nine-week runoff and the winner of this race will move on to face Democrat Stacey Abrams in the November General Election.

While a Republican runoff was anticipated in the Georgia gubernatorial race, other state elections saw similar fates.

Georgia Lieutenant Governor front-runner David Shafer fell shy of a clear win. Shafer pulled in a majority of the votes, 256,230 in total, but this was not enough to avoid a runoff. With Shafer only claiming 49 percent, he will now face Geoff Duncan in July. 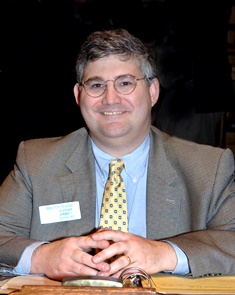 Shafer took a commanding number of votes, but was just shy of a clean win, and will now face Duncan in July.

Duncan came in a distant second to Shafer receiving 27 percent of the votes (140,741 total votes).

The winner of this runoff will face Democrat Sarah Riggs Amico in the November General Election. Amico pulled in 56 percent of the votes (245,325 total votes) defeating opponent Triana James who received 44 percent.

Campaigns have not ended for Brad Raffensperger or David Belle Isle as they will also face off in the General Primary runoff for Georgia Secretary of State.

Raffensperger received 35 percent of the votes (178,502 total votes), moving him into top position. Belle Isle, however, was not far behind having received 29 percent or 145,915 total votes.

Democrat John Barrow will face the winner of this runoff in the November General Election. Barrow was able to make a clean win with 52 percent over challengers Dee Dawkins-Haigler and Rakeim Hadley.