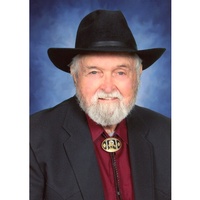 Rev. William Vance Reynolds, age 77, of McCaysville, passed away on Friday, April 13, 2018 at his home, surrounded by his family. Rev. Reynolds was born on November 13, 1940 in Surrency, GA to the late John Henry Reynolds and Lois Johnson Reynolds. He was a Southern Baptist and a member of First Baptist Church McCaysville/Copperhill, active in the Baptist Men and on the committee for the Golden Nuggets senior ministry. Rev. Reynolds had the opportunity to participate in mission work on the Navaho Reservation at Four Corners, New Mexico, Jamaica and Tegucigalpa, Honduras. For the past twenty-five years, he had the opportunity, through ChildFund International, to sponsor two children, Carlos Reyes Reyes and Brayan Josue Perdomo Villanueva who lived in Tegucigalpa, Honduras. He was a retired school teacher in Georgia, author of several historical books set in the south, a Southern Baptist Minister, and a faithful contributing writer of the “Reel Memories” column in the Fannin Sentinel for almost ten years. He enjoyed part-time truck driving with his brother during the summers and Christmas vacations and helped finance his college education working at night as a movie projectionist. Rev. Reynolds was an avid fisherman, read his Bible regularly, enjoyed research, and leisure reading. He enjoyed watching old Westerns on television. He also enjoyed traveling throughout the United States with his family. Rev. Reynolds received his Associate in Science degree from South Georgia College, Douglas, GA; Bachelor of Science and Masters in Education from Valdosta State University, Valdosta, GA and an Education Specialist degree from the University of Georgia, Athens, GA. He was preceded in death by his parents; brothers, John Reynolds and Loy Reynolds, and sister, Annie Reynolds.

Funeral services will be conducted on Monday, April 16, 2018 at 11:00 a.m. at First Baptist Church McCaysville/Copperhill with Rev. Matthew McDaniel and Rev. G.W. Mathis officiating. Eulogies will be given by Bruce Williamson and Pamela Reynolds Williamson. Music will be provided by Clarence Burlingame, Ryan Norton, and Ed Vest. Interment will follow in the Crestlawn Cemetery. Pallbearers will be Ernie Walton, Joey Milam, Larry Dilbeck, David Ballew, Donald Walton, David Brooks, Leroy Rigdon, and Jerry Pack. Honorary Pallbearers will be members of First Baptist Church of McCaysville/Copperhill Baptist Men and Men’s Friendship Sunday School Class. The family will visit with friends at the funeral home on Sunday from 4:00 p.m. to 6:00 p.m. Flowers are permitted but the family prefers that you send memorials in lieu of flowers. Memorials may be made to ChildFund International, 2821 Emerywood Parkway, Richmond, VA, 23294, www.ChildFund.org, First Baptist Church of McCaysville/Copperhill-Capital Improvement Fund, P.O. Box 867, McCaysville, GA 30555, or a local charity of your choice. Condolences may be sent to the family online at www.akinsfuneralhome.com. Akins Funeral Home of Blue Ridge is in charge of the arrangements.