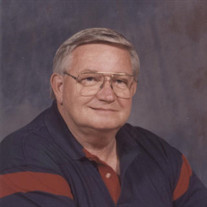 James Kenneth Sisson, age 77 of Blue Ridge, passed away Tuesday, March 20, 2018 at the Life Care Center of Copper Basin. Mr. Sisson was born August 10, 1940 in Copperhill, TN to the late Noah Sisson and the late Edith Sparks. In addition to his parents, he was preceded in death by brother, Michael (Billy) Stephen Sisson. James loved the outdoors and could often be found working outside on his property.

Funeral services will be held Friday, March 23, 2018 at 2:00 pm at the Finch-Cochran Funeral Home with Pastor Bob Richardson officiating. Interment will follow in the Crestlawn Cemetery. The gentlemen serving as Pallbearers will be Stoney Standridge, Billy Standridge, Wyatt Standridge, Ben Galloway, Earl Satterfield and Ron Stanford.