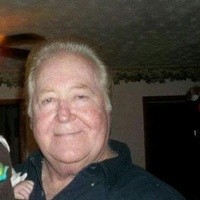 Wade was self-employed for over 40 years as a Siding sub-contractor. He was loved by many and enjoyed life to the fullest including, enjoying driving his fast muscle cars, taking off-road rides each Spring with his best friend and wife, Darlene, in the Cherokee National Forest, watching Nascar races, and having fun wheeling and dealing with his friends.

Wade received a kidney transplant 20 years ago and to honor the donor, the family requests in-lieu of flowers that donations be made to the National Kidney Foundation at www.kidney.org/donate.

Condolences may be sent to the family online at www.akinsfuneralhome.com. Akins Funeral Home of Copperhill is in charge of the arrangements.