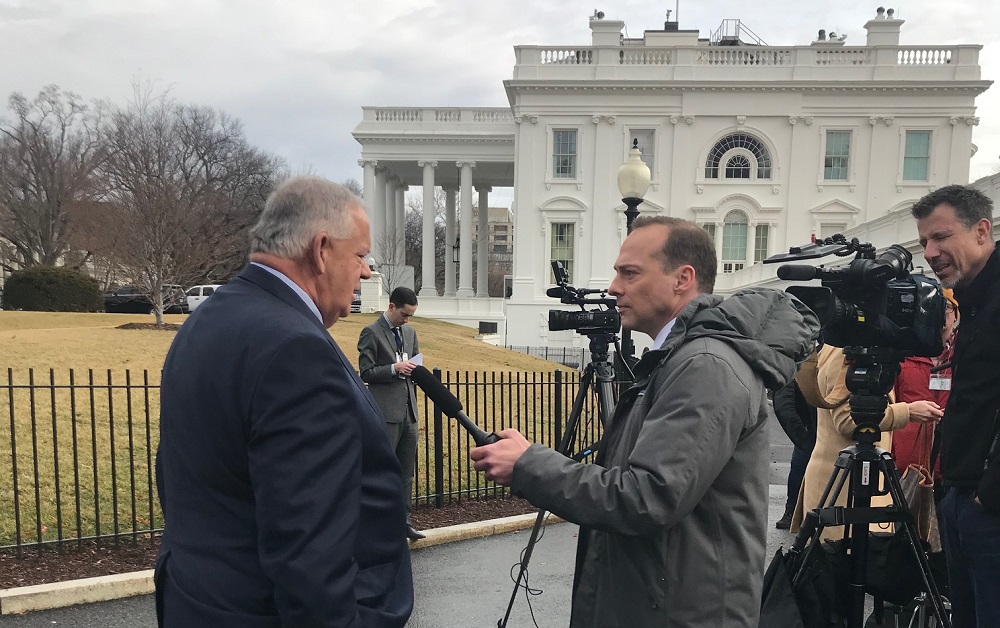 ATLANTA – Georgia House Speaker David Ralston (R-Blue Ridge) attended President Donald Trump’s infrastructure announcement at The White House this morning.  Speaker Ralston was one of several local and state elected officials invited to participate in a series of discussions with the president as well as members of his cabinet and senior staff about the plan and the infrastructure needs facing our nation.

“I appreciate President Trump’s emphasis on public-private partnerships, as well as rural areas of America, as we look to address the nation’s infrastructure needs,” said Speaker Ralston.  “Much like his Tax Cuts & Jobs Act, this measure will make a real difference in projects of profound economic importance like the Savannah Harbor Expansion Project or long-overdue efforts like expanding broadband infrastructure into rural areas.  This is another example of President Trump focusing on creating jobs and expanding economic opportunity across our country.  I am honored to represent the state of Georgia at this important announcement.”

President Trump’s infrastructure plan looks to leverage the power of public-private partnerships to improve the nation’s infrastructure including transportation, water/sewer and other critical needs like broadband internet access.  More details on the president’s plan are available on The White House website at http://www.whitehouse.gov.