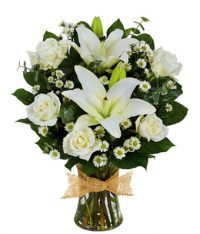 Mr. Lewis Junior Coleman, age 75, of Farner, TN passed away Saturday, November 11, 2017 at his home. Mr. Coleman was born in Polk County to the late Otis Vance and Gertrude Eugena Womble Coleman. He was a member of the New Zion Baptist Church and was a self employed carpenter. He was also preceded in death by two brothers and two sisters.

A graveside service will be conducted Monday, November 13, 2017 at 3:30 PM from the New Zion Baptist Church cemetery with Rev. Farris Reid officiating. Pallbearers include Joel Cheatham, Robert Mullins, Blake Coleman, Stan Croft, Johnny Payne, Darrell Jones and Jamie Weaver. The family will receive friends at the funeral home Monday from 12:30 P.M. until 2:30 P.M. Condolences to the family may be sent online to www.akinsfuneralhome.com. Akins Funeral Home of Copperhill in charge of the arrangements.