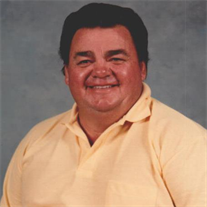 Richard was a husband, dad, brother, papaw, mail carrier, and Farmer. He was a member of Dial Church Of Christ, had served as Fannin Commissioner for 20 years, served as supervisor for Blue Mountain Soil and Water Conversation District, also served as secretary of Limestone Valley RC&D Council and board member of Agability Project.

Arrangements entrusted to the Henry-Cochran Funeral Home of Blue Ridge You may send condolences to the family and sign the guest register at www.cochranfuneralhomes.com.