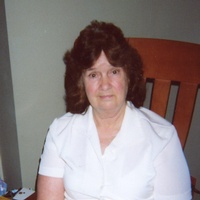 Ida Sue Postell, age 74, of Blue Ridge, passed away on Friday, August 11, 2017 in Blue Ridge. Born on December 10, 1942 in the Higdon Community, she was the daughter of the late Everett George Stepp and Elsie Earley Stepp. She was a member of Lebanon Baptist Church.

Funeral services were conducted on Sunday, August 13, 2017, at 3:00 pm from Akins Funeral Home Chapel with Rev. Delmar Davenport officiating. Music was provided by Nathan and Neal Watson. Interment followed in the Hipps Chapel Church Cemetery. Pallbearers were Greg Pritchett, Matthew Pritchett, Bob McDaniel, Chris Rooker, Neal Watson, and Terry Flowers. Honorary pallbearers were Alan Queen and Nathan Watson. Condolences may be sent to the family online at www.akinsfuneralhome.com. Akins Funeral Home of Blue Ridge was in charge of the arrangements.