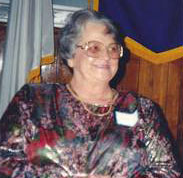 Mrs. Barbara Joan Buchanan Griggs, age 81, of the Life Care Center in Ducktown, TN, passed away on May 9, 2017. Born in Copperhill, TN, she was the daughter of the late Rev. Homer and Ruby Thomas Deal. Mrs. Griggs was of the Church of God of faith. She retired from Walmart after about twenty five years of service as a Support Manager. Also preceding her in death were two husbands, Rev. Roy Buchanan and Bill Griggs; one son, Danny Buchanan; siblings, David “Sonny” Deal, Randy Deal, Billy Deal, Betty Jones, and Helen Gerber; and one daughter-in-law, Sandy Buchanan.

Funeral Services will be conducted on Thursday, May 11, 2017 at 4:00 p.m. from the Akins Funeral Home Chapel with Rev. Terry Callihan officiating. Music will be provided by Mary Jo Towe, Nichole Davenport and Donnie Kendall. Interment will follow in the Bethel Church Cemetery with the following grandsons serving as pallbearers: Jeremy Buchanan, Jacob Buchanan, Danny Buchanan, Billy Jack Buchanan, Waylon Buchanan and Josh Buchanan. The family will receive friends at the funeral home prior the service on Thursday from 2:00 p.m. until 4:00 p.m. Condolences may be sent to the family at www.akinsfuneralhome.com. Akins Funeral Home of Blue Ridge, GA is in charge of the arrangements.