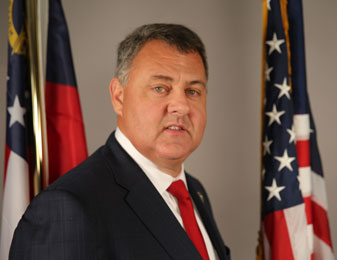 Friday marked the end of a very busy week at the Capitol. The Senate picked up the pace with committee meetings running late into the night and Senators working hard to pass legislation before Crossover Day on Friday, March 3.

On Tuesday, I introduced Senate Bill 232, the “Facilitating Internet Broadband Rural Expansion (FIBRE) Act,” to address broadband access issues that affect citizens across the state. Greater access to this invaluable resource has proven to increase quality of life and serve as an economic development tool. SB 232 will address the ways Georgia can move forward and promote the availability and delivery of broadband services to citizens throughout the state. The FIBRE Act defines broadband service as internet access capable of transmitting data at a rate of 25 megabytes for downloading and at least 3 megabytes per second for uploading.

Second, a political subdivision maybe certified as a gigabit ready community if they enact an ordinance for reviewing applications and streamlining permits related to broadband network projects.

Fourth, SB 232 redefines the Universal Access Fund to allow the Public Service Commission to fund the deployment of internet services in rural areas. It also reassures reasonably priced access to basic local exchange services.  The commission will ensure that the fund operates in a competitively neutral manner when it comes to competing telecommunication providers.

Sixth, SB 232 will address tax exemptions for deployment of broadband technology and how SPLOST proceeds are to be used and may be expended for broadband services in rural areas of the state.

Lastly, the Georgia Department of Economic Development will create the Georgia Gigabit Ready Community Site designation program. This designation will help identify sites in the state where business prospects will have access to internet speeds greater than 1 gigabit.

This legislation if passed could be the game changer for internet access in rural Georgia. I look forward to working with my colleagues on SB 232 as it moves through the legislative process. I hope you will reach out to my office if you have any questions, comments or concerns about SB 232 or any pending legislation.
Sen. Steve Gooch serves as Majority Whip of the Senate Majority Caucus. He represents the 51st Senate District which includes Dawson, Fannin, Gilmer, Lumpkin, Union and White counties and portions of Forsyth and Pickens counties.  He may be reached at 404.656.9221 or via email at [email protected]