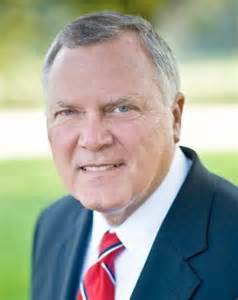 Gov. Nathan Deal today provided an additional tool that will expand access to a life-saving drug to stem the tide of the opioid epidemic. In a request to the Georgia Pharmacy Board, Deal asked that naloxone, an emergency drug used to reverse opioid overdoses, be removed from the dangerous drug list and rescheduled as a Schedule V exempt drug. The Georgia Board of Pharmacy approved the emergency rule to remove naloxone. At the same time, Deal directed the Department of Public Health (DPH) to issue a standing order to allow naloxone to be dispensed over-the-counter by pharmacists across the state.

“The state of Georgia and the country as a whole are currently experiencing an opioid abuse epidemic. In the fight against this trend, naloxone has come to be considered an important and life-saving tool in treating opioid overdoses. We are now building upon our previous efforts to expand access to naloxone for first responders and others who regularly encounter overdoses as they are occurring by placing this tool in the hands of Georgians, especially parents, who are both firsthand witnesses and victims of opioid overdose. We will continue working to implement similar efforts to save lives across the state.

“Yesterday, The 21st Century Cures Act, bipartisan health care legislation that includes additional federal funding for states to fight the opioid crisis, was signed into law. Funding from this legislation will expand access to naloxone and help lower its price. I commend the Georgia Board of Pharmacy for acting quickly on this matter and DPH for issuing a standing order, basically a statewide prescription, to ensure that this life-saving drug is available to those who may need it.”

Naloxone does not produce a high and adverse effects are rare in therapeutic doses. Deal signed the Georgia 911 Medical Amnesty Law in 2014, making Georgia the 19th state to extend legal protections to those who administer naloxone to someone experiencing an overdose. Deal intends to introduce additional legislation in the upcoming session to continue fighting the opioid epidemic plaguing Georgia.

“Naloxone is a powerful weapon in the fight against the increasing epidemic of opioid abuse that poses a threat to public health in Georgia,” said DPH Commissioner Brenda Fitzgerald, M.D. “The governor’s decisive action to make this drug accessible to anyone in a position to assist persons at risk of overdose will save countless lives.”