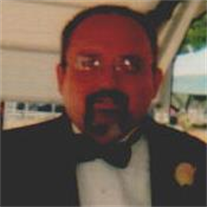 On Monday, November 7, 2016 Mr. Richard Lewis Williamson, age 57 of Morganton, entered into the arms of Jesus after a long battle with parkinson’s. Mr. Williamson was born November 26, 1958 in Copperhill, TN to the late Calvin Lewis Williamson and Mary Alice Williamson. Richard worked for Fannin County Fire and EMS, Shaw Industries, and Fannin Regional in maintenance for many years. He also worked for magic chef in Cleveland, TN. and was a volunteer fireman for Polk Co. A member of Mineral Bluff Baptist Church, he was preceded in death by father, Calvin Lewis Williamson.

In lieu of flowers, the family has requested that donations be made to Georgia Mountain Hospice.