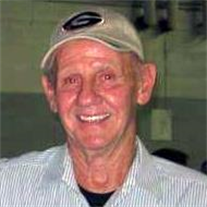 His grandson writes: Edd Lynn was the greatest man I’ve ever known. He was sharp, and he knew humor. When he said something, you would remember it. Not in the cliché, “I remember my granddaddy told me…”. Pawpaw was different. He did more than give advice. He would make you laugh in the process. Pawpaw was a man who kept to himself. While my Granny was living it up as Granny still does, he would tend to his house and walk in his wilderness to hunt or just take in nature. He told me he was always at peace in the woods and that’s where he liked to be. He had a very hard upbringing, living with his mom and a bunch of siblings- he told me about the old cabin he used to live in as a boy. He said you could see the outside through the cracks in the walls. From that upbringing, he worked hard enough to eventually get his home in Florida. He paid cash for his first home on Emil Ave. He was the prime example of coming from nothing and creating something of your life. He lived modestly. He didn’t keep up with the Jones’, he could care less what they had. What Edd Lynn had was his, and not on credit. I remember one day he took out a bunch of his books, and we would talk about history (a great deal about the Civil War particularly), he was into Westerns and had a love for the Native American culture. He would always say something along the lines of, “They were living the life how it should be: off the land.” We would joke about us all being immigrants. To me, my pawpaw made me make sense. He and I had very similar views on a great deal of things. We would talk for hours over coffee about how crazy the world is and how strange people are. He was there for me as a sounding board, but also kept me in check. My grandparents aren’t normal in the best sense. They are active. They are hunters. They are intelligent and quick-witted. They aren’t the type to let life pass them by. That’s why it hurt so bad when one of them left us. It felt like Pawpaw wasn’t done yet. He still had life and zest left in him. Now that Pawpaw is gone, there will be a void in me that can’t and won’t be filled. I don’t say that for sympathy. I say that because my Pawpaw was my hero. He was larger than life in such a modest way. He was rare. I love you, Pawpaw. Thank you for the advice. Thank you for the coffee. Thank you for existing, you brilliant light in our lives.

A private memorial will be held at a later date.