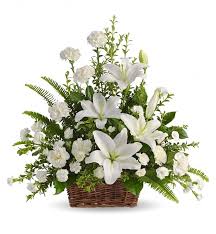 He was born in Floyd County, GA to the late James Melton Morgan and Hazel Shook Morgan. He served his country in the United States Army during 1953-1955 attaining the rank of Corporal. He had worked as a barber for a number of years earlier in his life. He was also a Baptist Minister and a long time member of the Damascus Baptist Church. Pete worked as a Supervisor in maintenance for the Gilmer County Board of Education for over twenty years. He was also preceded in death by his wife, Christine Stiles Morgan; and a brother, Howard Morgan.

Funeral services will be conducted on Friday, April 8, 2016, at 2:00 p.m. from the Damascus Baptist Church with Rev. David Mashburn and Rev. Billy Ray Queen officiating. Music will be provided by the Beach Family. Interment will follow in the church cemetery with the following gentlemen serving as pallbearers: Jeremy Morgan, Zachary Morgan, Ricky Beach, Randy Beach, Jon Charles, Terry Verner, Greg Stiles and Ricky Morgan. The family will receive friends at the funeral home on Thursday evening from 5-8 p.m. For those desiring, memorial contributions may be made to the Damascus Baptist Church Cemetery Fund c/o Tommy Grindstaff 330 Colton Rd. McCaysville, GA 30555. Condolences may be sent to the family at www.akinsfuneralhome.com. Akins Funeral Home of Blue Ridge, GA is in charge of the arrangements.