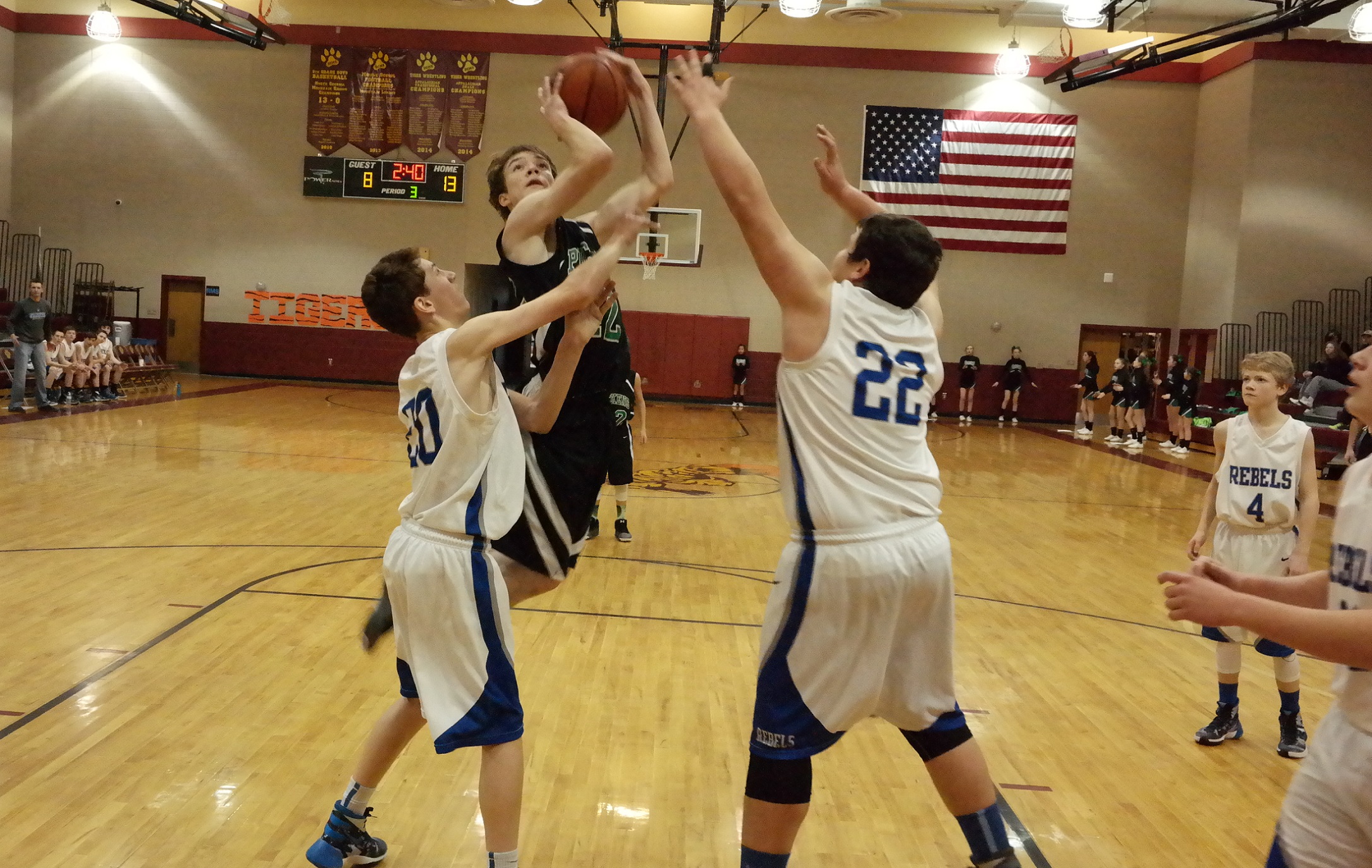 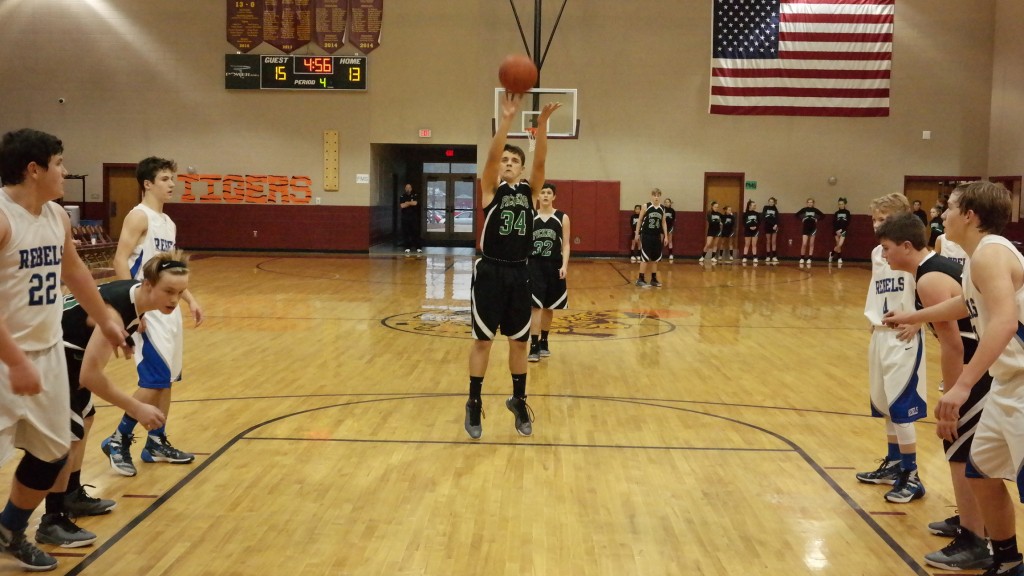 Second-quarter foul shots from Brady Moore and Austin Chester extended the Dragons lead to 5-0. Fannin surged back after a Matthew Shirah three-point shot with 52 seconds remaining in the half. Two free throws from Miles Johnson sent the game into halftime tied, 5-5.

The lead traded sides several times throughout the third quarter, with the Rebels coming out ahead 13-12 by the end of the period. However, the Dragons made a comeback in the fourth quarter with a 15-2 run. A putback from Gabe Buchanan was the last offense generated by Fannin, before Pickens built a insurmountable fire to extinguish. Jarrett, Moore, Boz Gayden and Hayes Pickett all contributed baskets and foul shots that went on to give the Dragons the semifinal victory. 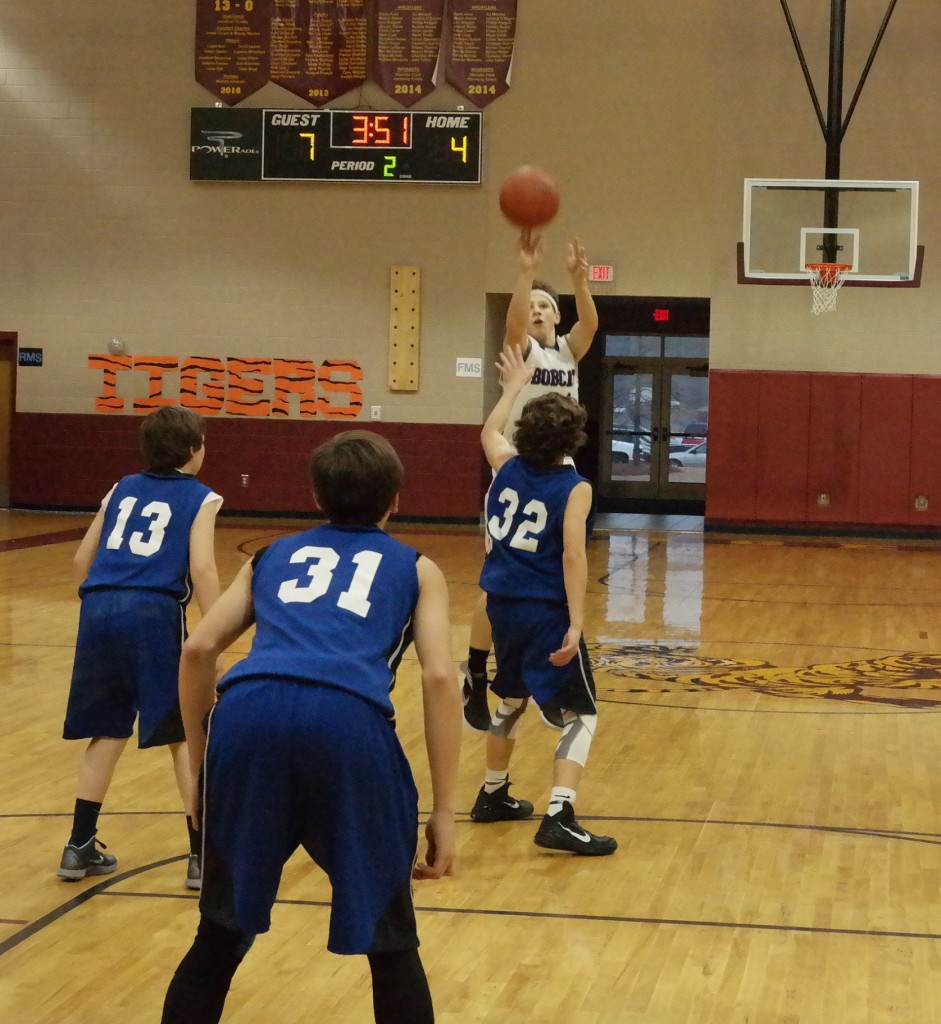 Riverview held Clear Creek scoreless throughout the first quarter and opened up a 7-0 lead in the process. C.J. Streicher sank an early second-quarter foul shot to finally get the Bobcats on the scoreboard, but despite later buckets from Alex Snelgrove, the Eagles soared to an 11-6 halftime advantage.

CCMS turned things in its favor in the third quarter. Three three-point shots from Connor Thompson breathed life into the Bobcats offense, with the third one tying the game 15-15 at the two-minute mark. Luke Wimpey then pulled Clear Creek ahead 19-18 with seven seconds remaining in the period, providing the Cats with a wave of momentum to ride into the fourth quarter.

The Eagles had a basket from in the final six minutes, while Clear Creek had another three from Thompson and one from Snelgrove. The shots helped propel the Bobcats to the 27-20 triumph. 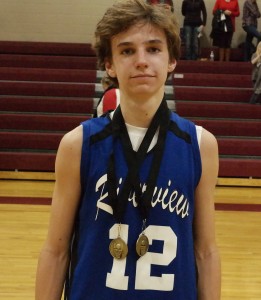 After the Clear Creek/Riverview contest, the eighth-grade Riverview Eagles recognized Campbell Reed as both their Academic and All-Tournament selection. (Photo by: Kevin Hensley). 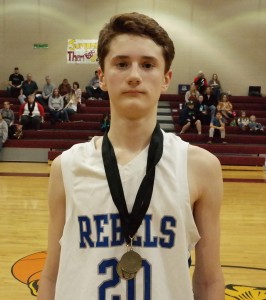 After the Pickens/Fannin game, the eighth-grade Fannin Rebels recognized Matthew Shirah as both their Academic and All-Tournament Selection. (Photo by: Kevin Hensley)

Austin Chester: One point, one rebound, one block.