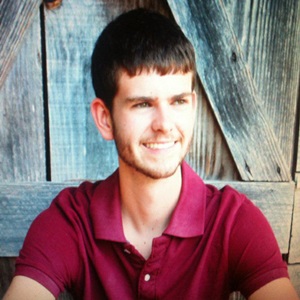 The Atlanta Braves are playing less-than-stellar baseball coming out of the All-Star Break, as the team has managed a measly 3-4 record following a pair of series against the Chicago White Sox and the New York Mets, two teams that are not exactly lighting up the base paths so far this season.As if this lackluster beginning of the second half of the season was not enough to worry about, the team lost their most experienced pitcher on Wednesday night when Tim Hudson broke his ankle covering the first base bag. With Hudson now on the disabled list for the remainder of the season, the team currently has just one starter with playoff pitching experience: Kris Medlen, whose only appearance came in last season’s Wild Card loss to the St. Louis Cardinals.

With the bats going silent way too often and the rotation up in the air, you would think that now would be the time for the coaching staff to start rocking back and forth a la Leo Mazzone, but instead they appear to be relaxed and content with the situation. And exactly why is this the case? Because the team still has the stranglehold on an incredibly weak NL East, maintaining a league-high eight game lead over the Philadelphia Phillies and the Washington Nationals.

Most would have probably thought that the Nats were going to glide through the season en route to their second straight division title, but that has simply not been the case so far, as the team has been putrid in nearly all aspects of the game, noted by their bottom-of-the-barrel status in runs (27th in the league), batting average (27th), on base percentage (28th), and slugging percentage (28th).

Meanwhile, the Phillies have shown signs of the squad that snapped the Braves’ division title streak and promptly won two straight and the 2008 World Series but have simply not played consistent enough baseball to creep up close enough to be in serious contention, leaving the team four games under the .500 mark.

Although it is not out of the realm of possibility that Washington or Philadelphia may make a big splash before the trade deadline hits on July 31st, it still seems like the Braves have this thing under control. After all, although they are not exactly playing grade “A” baseball at this moment, the team has proven to be capable of playing streaky baseball, allowing the squad to take a few losses in a row before a power surge from the bats of J-Hey and Uggla brings the wins rolling in.

Don’t let my words alone be the only argument that convinces you that Atlanta is close to coasting into the NL East title with a little over two months left in the year. When asked about the tough 7-4 loss to New York on Thursday afternoon, manager Fredi Gonzalez simply looked puzzled and said “We had a game today?”*

With all kidding aside, this Braves’ lineup may not be as powerful as the ones that boasted the likes of Andruw, Chipper, Justice, and the Crime Dog in the early ‘90s, but they are outclassing the division just like these guys did time and time again. With that being said, Atlanta still has a lot of work to do in order to be considered a serious contender come October, namely not putting up double-digit strikeouts any time a quality pitcher takes to the mound (sometimes it feels like the players have two strikes on them as soon as they step in the box).

There is still of plenty of optimism alive concerning this year’s Braves’ team, but if Atlanta maintains this style of play into the fall, Turner Field may very well have another yellow pennant to place alongside those that teams put together by Bobby Cox and John Schuerholtz put together twenty years ago, but it genuinely looks like obtaining a coveted red pennant like the one labeled “1995” in the stadium will be a long-shot.

*quote subject to being completely made up