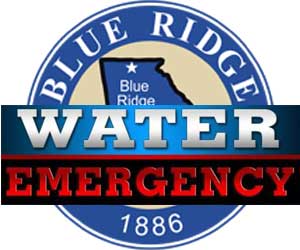 Graham stated Rebecca Harkins, director of Water and Utilities for the city of Blue Ridge, contacted him telling of the emergency. Harkins stated crews from the city were working to repair the line but that it could be hours before water could be fully restored to downtown Blue Ridge.