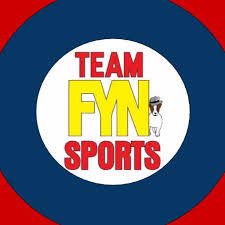 Word spread like wildfire Tuesday afternoon, with various sports media sources reporting that Georgia quarterback Jacob Eason has made a decision regarding his future; and all sources point to Seattle.  Several sports reporters speculated on twitter last night, following the Alabama victory in the national championship game, with many mentioning the rumor mill had already begun and barring any last minute “change of heart” – Eason would be a Huskie next season.  No official word has been given as of yet.

A native of Lake Stevens, Washington, it comes as no surprise that the talented quarterback would consider returning to his home state.  Only 20 years old, he would be required by the NCAA to sit out the 2018 season before making an impact for the University of Washington.  While at Georgia, Eason completed 55.1% of his throws for 2,430 yards and 16 touchdowns, with eight interceptions.

A knee sprain forced Eason to the sidelines for the Notre Dame game this season, where freshman Jake Fromm took the helm and never looked back.  With Fromm’s success, Georgia will apparently lose arguably one of the best quarterbacks in the SEC to the Pac-12.