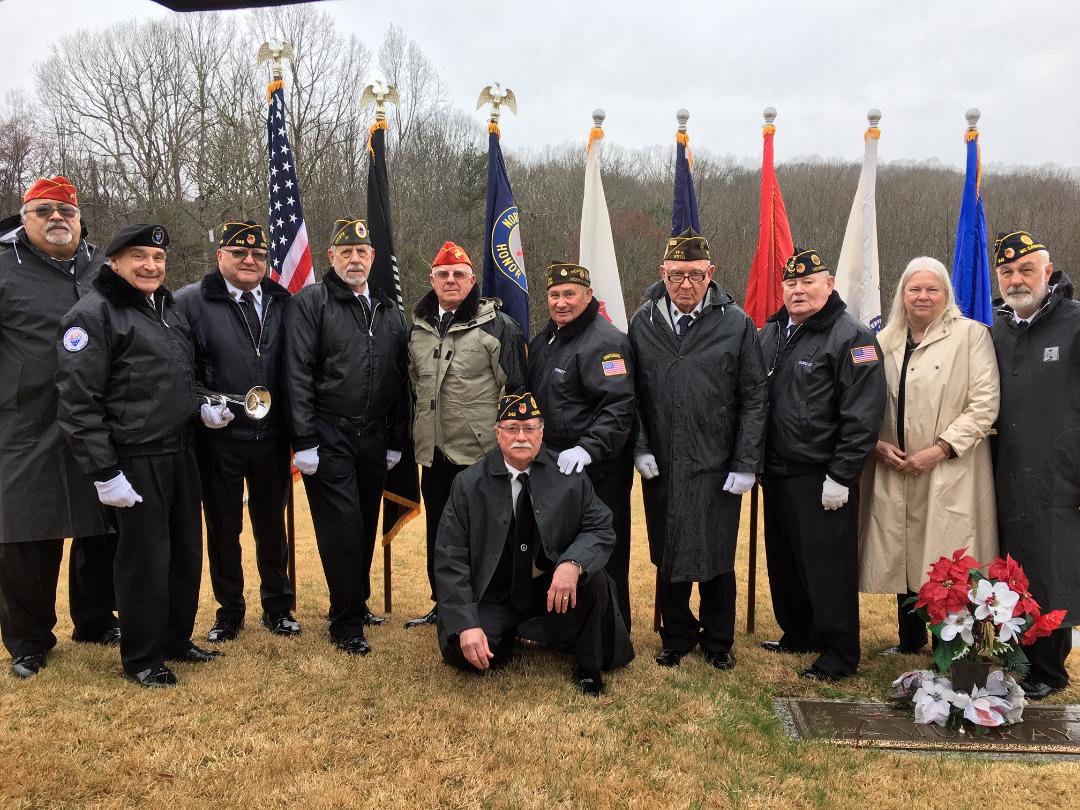 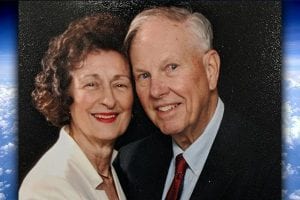 “A good turnout by the NHGH on a cold and rainy day to honor a comrade,” stated Greg Coffone, a member of the NGHG, who was present at the memorial for Tom Foster, Jr., 84, a U. S. Army veteran from the Korean Era.

Bill Stodghill, as Chaplain, led the group in prayer. Coffone was in charge of giving commands to members of the Guard as they proceeded with the ceremonial rites for Foster. Other members with assigned duties were:

Courtesy of www.cochranfuneralhomes.com, the Fosters’ obituary is as follows:

Tom Foster Jr., and Joyce Pruitt Foster died together unexpectedly February 7, 2019, at the ages of 83 and 82.

Tom was born December 17, 1935, in Lenoir City, Tennessee, to Tom Sr. and Willie Foster. He graduated from East Tennessee State University in 1958 with a degree in education. “Coach Tom” as he was known throughout Fannin County began his teaching and coaching career at West Fannin High School in 1958 where he amassed an impressive coaching record, but he believed his greatest accomplishments were influencing the lives of many young men and women.

Joyce Pruitt was born May 27, 1936, to Howard Young Sr. and Arie Pruitt. Joyce worked for more than three decades with the Dickey McCay Insurance Agency as an accountant. Joyce received a Bachelor’s degree in accounting from Brenau University, an accomplishment she undertook with great pride.

Tom married Joyce in 1960. Over the greater part of the next 60 years, the couple welcomed many family, students, friends and children into their home. Each person who entered their home was treated as family. Tom and Joyce were very proud of their careers and had many accomplishments along the way, but it was their love and personality that changed the world of each person who met them.

Their love of travel was well known to all, but their capacity for love was legendary. Tom loved golf and Joyce loved travel and cold weather. They both loved the University of Tennessee football program and could usually be found on fall Saturdays at Neyland Stadium cheering on the Vols. But besides each other, their greatest love were people.

They spent many hours working and volunteering at First Baptist McCaysville where Tom served as deacon while Joyce served many roles at the church. Most recently they served as best friend to Senior Pastor Matthew McDaniel. They were still close to the Fannin County School System and worked diligently with the athletic departments in Fannin County and Lenoir City with their Halls of Fame, both of which Tom was an inductee. Most of all, they took great pride and pleasure in their family and the nephews and great nephews and nieces that they saw as their children and grandchildren. Each of them know their lives were better for having Tom and Joyce as a beacon of light giving them love, hope and guidance. They and all those who learned from and were cared for by Tom and Joyce, in turn, are grateful to be their legacy.

East Fannin Elementary School students and staff held a ceremony to honor the family and friends that have served in the United States Armed Forces. END_OF_DOCUMENT_TOKEN_TO_BE_REPLACED

Fire trucks, police cars and other vehicles lined up as they traveled from the First Baptist Church of Blue Ridge, down Main Street, to East First Street to the Veteran’s Memorial Park to honor those who have served this great nation. END_OF_DOCUMENT_TOKEN_TO_BE_REPLACED

With Veteran’s Day here upon us, Fannin County High School held an assembly to honor the many Veterans, in the area, that have served in the United States Armed Forces. END_OF_DOCUMENT_TOKEN_TO_BE_REPLACED

Awake America and the Copper Basin Ministerial Association held a memorial service in honor of those lives lost on that dreaded day nearly twelve years ago when the Twin Towers and Pentagon were damaged on September 11, 2001. END_OF_DOCUMENT_TOKEN_TO_BE_REPLACED

Below is the thank you letter sent from Richard Crosley & Family to the North Georgia Honor Guard on May 26th, 2012. END_OF_DOCUMENT_TOKEN_TO_BE_REPLACED