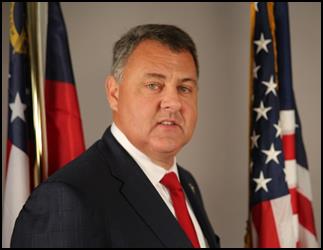 ATLANTA (January 8, 2018) | Senator Steve Gooch (R – Dahlonega) was recognized as one of Georgia’s most influential people by Georgia Trend magazine. The magazine’s annual list recognizes the 100 Most Influential Georgians.

“It is an honor to be recognized among this distinguished list of leaders in our great state,” said Sen. Gooch. “I look forward to working with my colleagues and local community leaders to keep Georgia moving in the right direction. Over the past several years, we have seen numerous businesses moving to Georgia leading to additional economic growth and job creation. We will work hard during this upcoming session to continue this progress for our state.”

Georgia Trend recognized Sen. Gooch’s work in the Georgia Senate and his consistent efforts to improve education and public schools for children in his district and around the state. They also acknowledged his work on job creation, immigration, tax reform and the right to bear arms. Sen. Gooch has also been a leader for transportation in Georgia.

Georgia Trend releases their 100 Most Influential Georgians list annually. The list includes individuals who make a positive impact on the lives of Georgians and make decisions that affect the wellbeing of the state. Naming the top 100 is a year-round process and the final list includes those who “have exhibited the character necessary to inspire, challenge, lead – and influence us.”

Additional information can be found on the Georgia Trend magazine website link below: