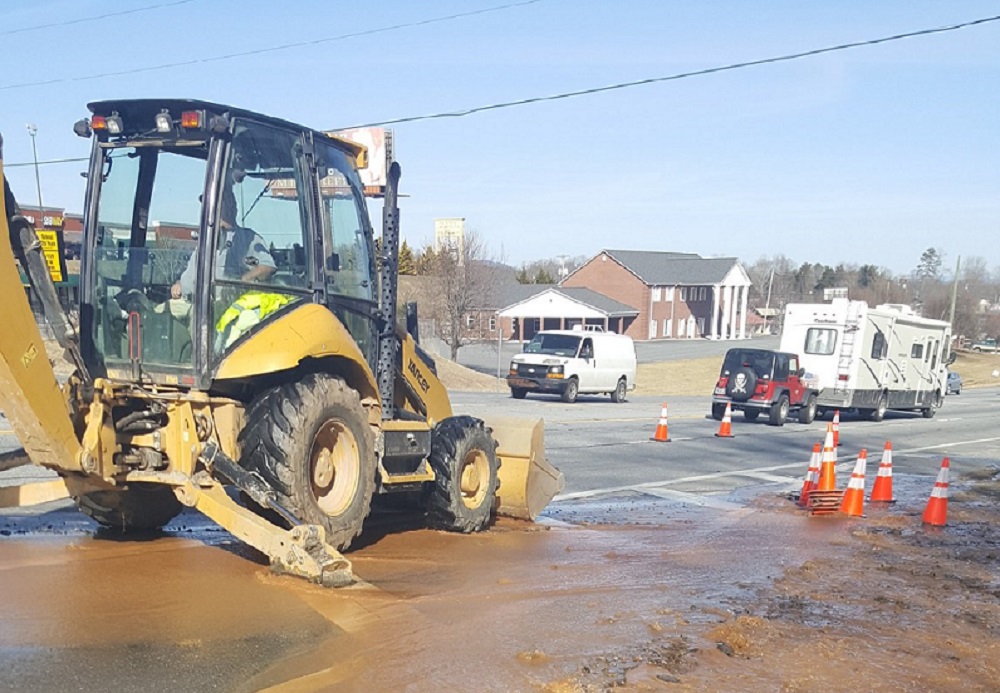 According to Rebecca Harkins, director of Blue Ridge Water and Sewer department, a contractor doing a road bore beneath state Route 515 near East Highland Street in an effort to install a two-inch water service line struck and ruptured a six-inch water main line Tuesday afternoon.

Harkins stated the incident occurred when the bore struck an unknown line under Hwy. 515 as it was being backed out. She added that the ruptured water main was eight-feet deep below at least a foot of pavement and was not detected by sonar equipment last week during preliminary work site preparations. Water service was restored to affected customers at about 1:30 a.m. Wednesday morning as crews removed a portion of pavement near the shoulder of Hwy. 515 to access the point of rupture, Harkins stated. Later Wednesday, the two-inch line water line was successfully installed and clean up of the site began.

Harkins said Johnson Paving will perform the pavement repair on the roadway after the clean up process is completed.

“The city of Blue Ridge would like to thank all of the utility crews that worked till 1:30 a.m. in the freezing temperatures to make sure water was restored to the customers. The city would also like to thank Holloway Trenching for stopping by and offering help,” Harkins said of the repair and clean up efforts.