America is reeling under the continued onslaught and seemingly endless attacks on our culture, our
traditions, our elections and our laws by the Marxists Democrat party. How is it one wonders, that each
election where Democrat candidates fail to win, is deemed to be the fault of some Republican official or
laid at the feet of stupid white people who don’t know what’s best for them and voted the wrong way?

Their plan is a cunningly designed assault on the once considered fair election process to wear down
conservatives and cause Americans to lose so much trust in the process that they’ll just say, “to hell with
it!” and stay home on election days. That’s the aim of the Democrat Party, to achieve ultimate victory
without offering any plan that fits within the framework of the US Constitution. To constantly attack Trump,
Republicans and conservatives as the country’s main problem and its true failures is their constant goal.

‘How can American’s possibly be happy if some are more wealthy than others and the others are so poor
and destitute that they require government assistance?’ Let’s extrapolate that to: “why aren’t all
Americans provided living wage?” It’s the government’s responsibility to see that all its citizens are housed
and happy, free of health issues and fed, except veterans. Education is limited to what the government
thinks you need, not what you want. If the government can’t fund the benefits promised then the wealthy
can, so it becomes the government’s mission to redistribute their wealth by jacking up their “fair share.”

Like cancer in a living organism, the presence of Democrat polling and election officials almost surely
guarantees a predictable outcome. Voter count manipulation is rampant especially in Democrat controlled
urban centers. In some Philadelphia precincts for example, Democrat candidates swept 100% of the vote
count when in fact Conservatives complained they voted Republican and their votes were never reflected
in the count. A recount machine in Fl. overheated. That’s like saying the “dog ate my homework!”

Texas recently arrested a four or five member democrat voter fraud ring of election officials who face trial
and imprisonment. That’s only in Texas so far. In Broward Co., Fl., for some inexplicable reason, Brenda
Snipes, the supervisor of elections, previously cited for election irregularities has still retained her post
and is, once again charged with destroying ballots, stuffing rejected ballots into the uncounted pool and
other nefarious crimes that should have seen her jailed years ago. But, she’s black, she’s elderly and she
has a Ed.D as an educator and so therefore any attempt to remove her would be racist.

The Democrat party does not want a free and independent America and so it becomes imperative for
them to try to snatch governmental power away from that awful Donald Trump by hook or crook in order
to return to their already approved plan to reduce America to a third world nation status where people will
be required to live within the narrow confines of correct political think, like “Animal Farm.”

Our freedom is endangered and, if Obama’s plan to “fundamentally change America,” with or without him
at the helm continues, then we can expect Marxism to try to take sufficient hold of the reigns of
government and its institutions, that only a civil war could answer. Recall, the Dept. of Justice, the Internal
Revenue Service, the Federal Bureau of Investigation and the State Department, were corrupted by the
Clintons and the levers of the tyrannical state were loosed on our populous by Obama. The reason they
did not succeed is because of Donald Trump. How do they answer? Ensure this doesn’t happen again by
taking over control of the election process. That’s what we are witnessing today in places like Florida,
Georgia and, I suspect, in Arizona as well. It’s why Scott Walker lost the governorship of Wisconsin and
many local elections fell into Democrat’s hands. It’s no longer politics as usual!

Democrats are not all omnipotent. They have their weaknesses like the aging leadership of Nancy Pelosi
and Chuckie Schumer so, there is some room for hope. Democrats face an uprising from the young super
Marxists gaining congressional seats and that will certainly stymie their aspirations for going after the
President. Too, many will face their own trial by fire when criminal grand jury inditement’s start rolling out
against them. We will wait and report while America reels in confusion.
Remember, freedom is the goal, the constitution is the way. Now, go get ‘em! (13Nov18)

What is American Culture?

The once great American political party known as the Democrat party, has been replaced from within by an ethically diverse mishmash of political activists brought up, raised and trained in Marxism by America’s colleges and universities, long since factory’s of political correctness, anti-Americanism and socialism with the sole purpose of destroying America’s founding culture that has sustained us for over 250 years. Today, we see what damage they have done.

American culture encompasses the whole of the history of the discovery, exploration, conflicts and growth of America from the Pilgrims landing at Plymouth Rock to this very minute. This long process, started by Europeans, (whites) saw the introduction of social theories promoting  personal liberty and civil rights, economic development and even classical literature that praised the social experiments of prior civilizations like Greece and Rome and embraced and learned from their discoveries. Most important of all was the introduction of universal education of the masses, a social concept first introduced in Scotland, so every child could read and know the scriptures. That opened the flood gates of knowledge and discovery.

Society developed with the movement from agriculture to industry. It was so rapid that the need for energy, from firewood to coal and then oil, outpaced the ability of humans to produce it resulting in the need of vast pools of labor. So great was the need that even children, let alone slaves, were thrown into the maw of the labor force and worked in such squalid conditions, coal mines for example, that a whole new industry of empathy was developed bringing to us the consciousness of the social evils of child labor and poverty that needed to be ended.

Laws lifting the burden of manual labor on children and returning them to the school desk for education and enlightenment, was another positive change. Labor unions developed to protect the rights of workers which themselves, were not without conflicts and differences of opinion.

A great civil war ensued that ended the odious practice of slavery. America was facing new challenging social issues and how to solve them. Not all problems are solvable by mere edict and can only be worked around the edges, like what to do with emancipated former slaves? Could their culture be absorbed into the American culture, one that was forged in the fires of revolutionary conflict? Were our social norms that are now locked in our very souls, not worth saving? They are the basis of America’s exceptionalism. What could replace them?

The African race has provided bright and intelligent new thinkers like Fredrick Douglas of the 1800’s, Martin Luther King Jr. of the 1960’s and even Herman Cain of today who have emerged to make effective marks on Americas culture and, while elements of racism existed from the beginning and still exists today and will continue to exist tomorrow, the roll of successful Black Americans in America’s history cannot be ignored. That was sealed with the Freedom March in Selma, Alabama, Martin Luther King’s famous “I have a dream” speech and his assassination.

Today, the Democrats have launched their version of fascism’s “Black Shirts” the hooded and masked “anti-facist’s” thugs, who are the very epitome of fascists, in attacks against our police on the streets, conservatives in restaurants and children wearing MAGA hats. The media is corrupted and complicit in the pursuit of America’s destruction. They participate willingly in obfuscating the truth, lying and praising socialism while diverting our attention with breathless, silly news items of absolutely no consequence while America burns, all designed to destroy the flower of Western Civilization. We must be prepared and help Trump vanquish the Left.

Remember, freedom is the goal, the Constitution is the way. Now, go get ‘em’n (09Aug18) 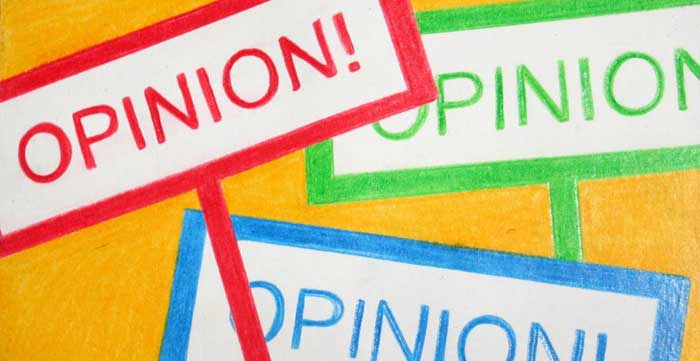