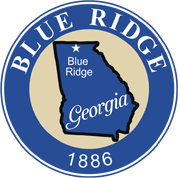 BLUE RIDGE, Ga. – According to information posted by Mayor Donna Whitener, the regularly scheduled monthly meeting of the Blue Ridge City Council has been cancelled.

Whitener added that council members Angie Arp, Rodney Kendall and Bruce Pack are all unavailable to attend the meeting due to other obligations.

In last week’s City Council election, Arp lost her re-election bid to Kenneth Gaddis, who will replace her in January, while Kendall and Pack both chose not to run.

Continue to follow FetchYourNews for up-to-date coverage of the Blue Ridge City Council.

There was no “smoking gun” evidence that Council members or the Blue Ridge Police Department committed any crime.  The investigation did note some areas where Council Members and the Police Department should act more wisely.  Several times the law firm chided those under investigation for lack of transparency.  Also, Jarrard & Davis said city officials should act more responsibly in recusing themselves from votes where there is even just a glimmer of appearance that the vote or action would result in private benefit or financial gain for oneself, family or friends.  Ken Jarrard stated, “The best guidance we provide is if you believe your official action may carry with it appearance of impropriety, consult city attorney.”

The report said that one accusation needed more investigation – the free give-a-way of city property at the end of West Main Street to a City resident at no cost.  This happened in 2009 when Bill Sowers was City Administrator.  The City Charter said that the land could be given away, but state law says that the land couldn’t be given away without payment.  State law supersedes City Charter.  The final recommendation is that City Attorney David Syfan edit documentation about the sale so that it complies with Georgia law.

“we could not compel individuals to cooperate nor were individuals placed under oath during the course of providing their responses.” – Jarrard & Davis

There were additional witnesses in the Phase II interviews.  In Phase I, Jarrard & Davis only questioned current Blue Ridge officials and employees.  In Phase II, Jarrard & Davis spoke with former City Administrator Bill Sowers and several unidentified individuals.  These people did not work with the city government.  However, they said that they had additional relevant information about city officials due to their relationships with Blue Ridge.

Jarrard & Davis were only able to interview willing witnesses.  The law firm could not subpoena witnesses or documents.  In their findings, Jarrard & Davis emphasized “we could not compel individuals to cooperate nor were individuals placed under oath during the course of providing their responses.”

The Phase II investigation set out to answer:  is Mayor Whitener’s residency legally within Blue Ridge; did the Blue Ridge Police Department knowingly and illegally mishandle funds; and did city officials use City of Blue Ridge resources for personal gain and betterment of friends and family.

According to all documents received, voter registration, and official letters mailed to her house, Mayor Whitener lives at 266 Orvin Lance Connector, in a loft dwelling above her Town & County Furniture store.  She has lived there since March 2006 when she received her Certificate of Occupancy.  The report also referred to rumors running around that the Mayor doesn’t actually spend the night there, i.e. her real house is somewhere else.  Jarrard & Davis’ response is that the only way to dispel the rumors is to hire private investigators and “stake out” the Mayor following her from work to home or to subpoena friends and relatives to give sworn testimony about where the Mayor spends the night, so strong is the documentation that Mayor Whitener is a legal resident of Blue Ridge with her home on Orvin Lance Connector.

The investigation looked into two different events:  police department officers’ buying back their handguns and money earned through advertisement sales for the yearly police calendar.  In both cases, Jarrard & Davis found nothing illegal had taken place, but the firm advised the Police Department to be more transparent in how it sets up financing schemes that are out of the direct control of the City’s Finance Department.

In 2014, the Blue Ridge Police Department financed buying new guns from citizen donations, selling of the department’s 10 older Glock guns and using some money from the confiscated assets fund.  Smyrna Police Distributors bought the handguns from the department for $315.  Officers bought back their guns at half the price – $170 and the department was to receive $1700.  The report states that the convoluted reimbursement procedures and the city’s antiquated financial record-keeping meant that the $1700 check got lost along the way.  The check was written in December 2014.  In late spring the city’s Finance Department told Blue Ridge Police Chief Johnny Scearce that a check was missing.  In July 2014, Chief Scearce returned the money.  Jarrard & Davis said that the complicated financial transaction was a bad idea, but it wasn’t an illegally motivated idea.

Jarrard & Davis looked into whether current Council Members Angie Arp and Rodney Kendall and former Council Member Michael Eaton (currently Mr. Eaton is on the city’s Zoning and Appeals Board) used their power and their “insider” knowledge to benefit themselves.

The first question was about Mr. Kendall’s driveway.  The accusation is that Mr. Kendall had his driveway repaved at the city’s cost.  Former City Administrator Bill Sowers said that in the city’s best interest to pave Mr. Kendall’s driveway for two reasons.  One, the city had to cut out a portion of the driveway to connect to a water main, and, two, the new piping had a valve on it which could be broken by a garbage truck’s once-weekly trip up the Kendall driveway to collect the garbage.  The investigation found no evidence that Mr. Kendall requested the driveway work.  In fact, Mr. Kendall states he was out of town when the paving took place.

The second question was whether Mr. Eaton or Mr. Kendall’s wives monetarily benefited from the city contracting its cell-phone service through AT&T. The wives of both men were managers at different local AT&T stores.  There was no evidence of kickbacks.  Mr. Eaton recused himself from voting on the AT&T contract. Jarrard &Davis said that to avoid any glimmer of impropriety, Mr. Kendall should have recused himself as well.

The third question was over graveling of a city lot on the corner of Messer and East Main.  Jan Eaton, mother of Michael Eaton, owns the property.  Ms. Eaton claimed that after a 2013 curb renovation by Blue Ridge, her property started to flood.  The City Council decided to go ahead and gravel her lot because Ms. Eaton threatened a lawsuit if the city did not reduce flooding on her property.  Jarrard & Davis said that the decision was ultimately in the best interest of the city because it stopped a potentially more expensive lawsuit.  However, as in many of the events investigated, there were issues of accountability and transparency.  Notably, the city never made a settlement contract with Ms. Eaton against litigation due to storm water runoff.

The fourth question was if Council Member Angie Arp used special information learned during her work as a City Council member for personal gain.  The question arose from Ms. Arp’s purchase of a West Main Street property around the same time a developer approached the city about building a hotel or multi-residence dwelling on West Main Street.  As the Jarrard & Davis report said, it is hard to figure out a person’s inner motivation.  What the investigation did find out was that there were two bids on the property.  Ms. Arp’s bid of $210,000 was higher than the other bid.  And, if there were to be a windfall, it certainly was not immediate.  Ms. Arp paid $164,000 over the assessed value of $46,000 for the property

The findings concluded by reminding all City Council members and the Mayor that personality conflicts and relationship struggles have hindered the city’s ability to professionally serve Blue Ridge residents and businesses.

The downtown Blue Ridge Farmer’s Market has expanded since the beginning of the season. Vendors filled West Main Street, in front of the Fannin County Court House on Saturday, August 31, 2013. END_OF_DOCUMENT_TOKEN_TO_BE_REPLACED