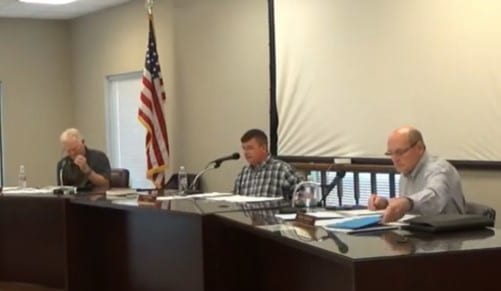 BLUE RIDGE, Ga – Fannin County government paid off the remaining debt on the courthouse slightly ahead of schedule.

“I think myself and Commissioner Scearce are just happy to be hard on the tail end of that, the payoff. Due to the hard work of every administration before us, we were able to pay that off. I just want to thank them for always working hard to make sure that we were able to stay afloat to be able to do this. My hat’s off to the former commissioners and to commissioner Patterson, he’s our senior member, so we’re thankful to all those,” Hensley commented. 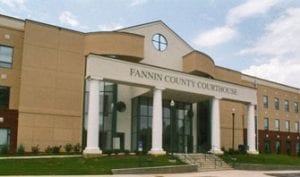 The financial report for the first six months of 2021 indicated that several departments were operating under budget. By the end of June, the county is 50 percent into the budget for the year and most departments fell into the 30 and 40th percentile range. Fire services were 63.32 percent into its yearly budget.

Net revenues for the county continue to increase with healthy SPLOST, LOST, and lodging tax numbers. The lodging tax was recently increased to 6 percent with 3 percent going to the Chamber of Commerce and 3 percent to the Board of Commissioners.

Still, after people began flocking to the North Georgia Mountains in 2020, the amount of revenue doubled during the second half of the year. Once the lodging tax increase went into effect in January, the tax amount also doubled from the same time last year. January in 2020 was $117,980.50 and in 2021 was $332,355.76.

According to the lodging tax data, the summer and fall months see a larger influx of visitors in the county. It will be interesting to see if the trend of doubling continues during the back half of the year. 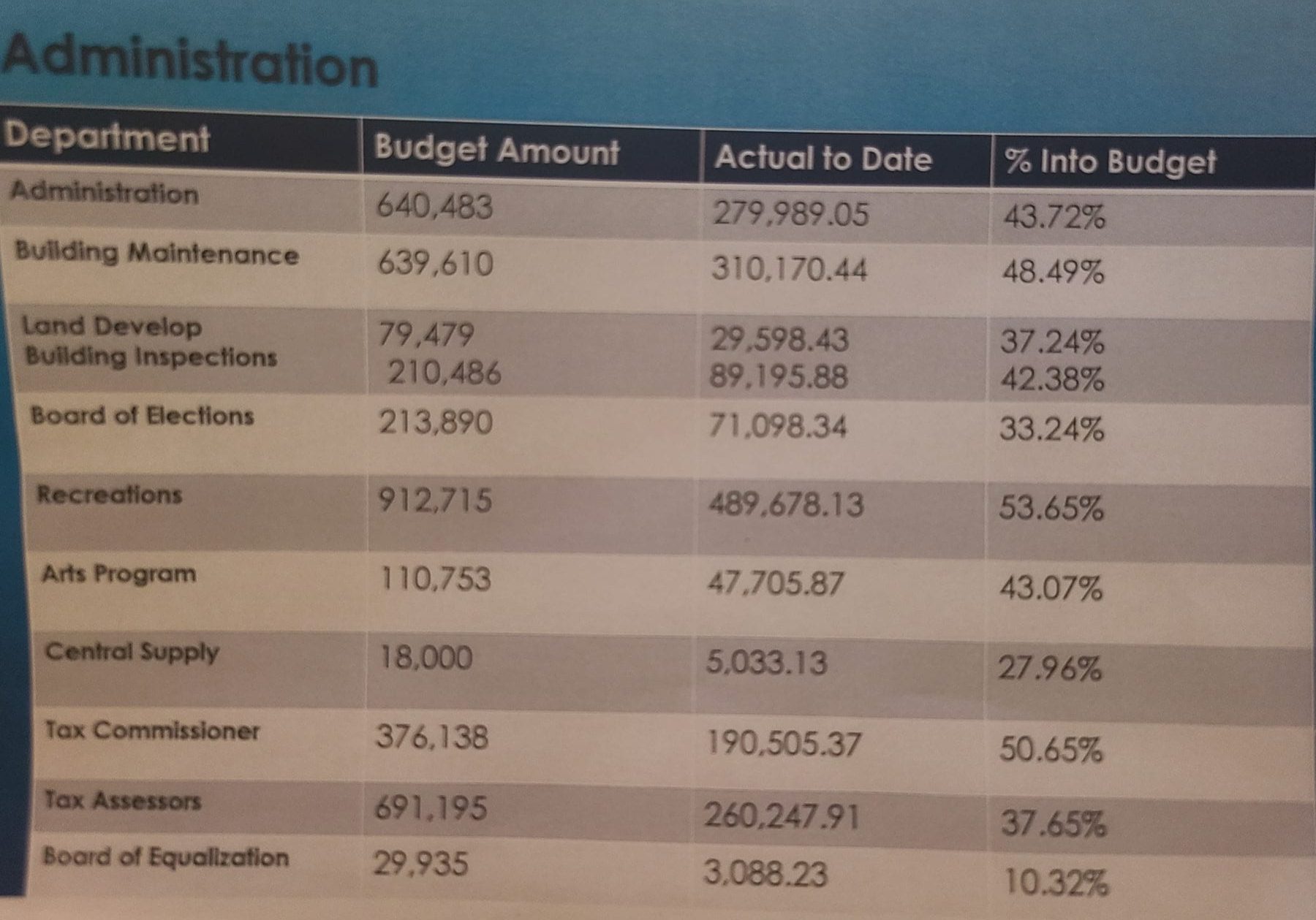 The previous board opted to keep a flat budget for 2021, but the current board amended it at the start of the year to include a cost-of-living raise. The chairman commented on rising inflation across the county, but the government remains within budget.

“The county can run between six and seven months,” Hensley explained in the event of a government shutdown. He also thanked the departments for effectively managing their budget.

Post One Johnny Scearce and Post Glenn Patterson echoed Hensley’s sentiments about the hard work of the department heads and their employees to be cost-efficient.

“Net revenues are up over last year,” Hensley added, “We’re a little bit over on our expenditures, and that’s a result of several different things.”

However, he expected the expenditures will even out by the end of the year.

Hensley did apologize for the financial reports not being quarterly as they had been in the past. He promised they would be from now on. He assumed the chairman role in January and the chief financial officer left the job without informing him in December 2020. 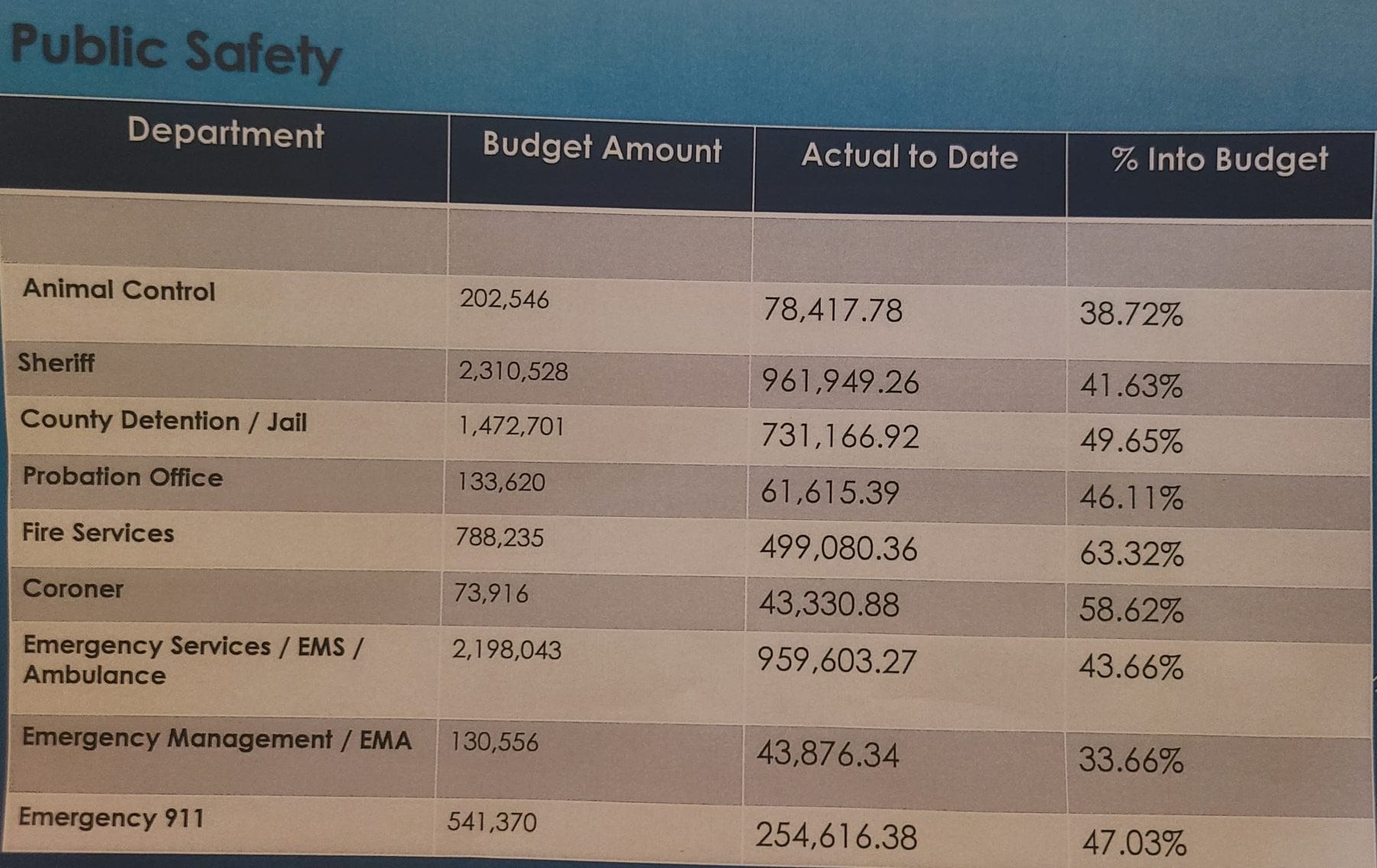 Chairman Jamie Hensley courthouse paid off Fannin Board of Commissioners