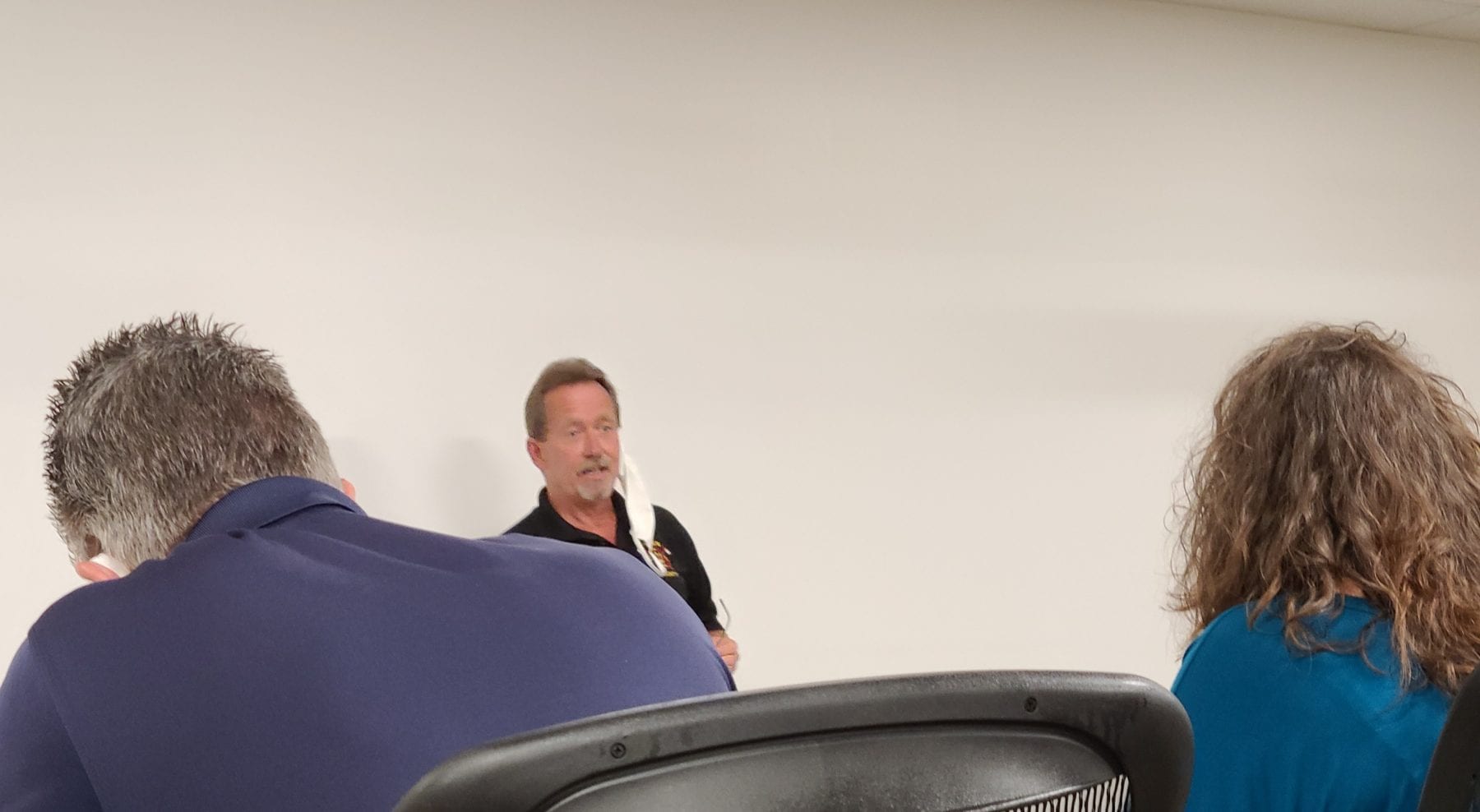 In the July 8 meeting, Fire Chief Larry Thomas led representatives from Blue Ridge, McCaysville, Morganton, and Fannin County Water Authority to fix the hydrant issue before the next ISO evaluation.

“The fire department always had a very good working rapport with all the cities,” said Thomas. “We’re all in this together. Everybody in this room needs to pull together as one team.” 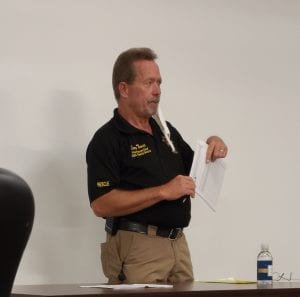 Fire Chief Larry Thomas stated that “positive things were happening” during the meeting.

Currently, an estimated 36 fire hydrants are out of service within Fannin County, but the city of Blue Ridge repaired three more.

FCFD created a spreadsheet that listed and located every hydrant within the county. The new directory also identified who’s responsible for each fireplug. Previously, FCFD listed each hydrant by address. The fire department cross-referenced the fireplug addresses with the incident to find the closest one available.

The city of Blue Ridge has approximately 490 hydrants in its geographic information system (GIS) system and are working on physically numbering each one. The fire plugs in Blue Ridge will also be marked with a “B”, so FCFD can identify who’s responsible for the hydrant’s maintenance.

As far as bush hogs potentially damaging hydrants, they proposed added a 12×12 inch square on the inside of the fog line on county roads. Hopefully, it would increase hydrant visibility.

Currently, Blue Ridge has seven hydrants out of service, but repairs should be complete by the end of the month.

A dripping hydrant shouldn’t affect the county’s ISO rating unless it disrupts the flow.

“Some of these hydrants are going to drip. They’re older than I am,” explained Thomas.

The three crews of two full-time firefighters inspecting hydrants will include any impairment that affects performance. Cities or water authority wouldn’t immediately know about the damage because fire plugs break away from the main water line if impaired.

Thomas asked if the water authority or cities add hydrants to inform the FCFD immediately.
Blue Ridge’s Utility Director Rebecca Harkins and Thomas planned to create a work order for FCFD, cities, and the water authority to report out of service hydrants. 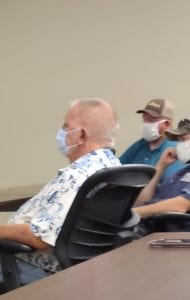 The group also addressed flow tests, which measure the static pressure when two hydrants can flow at maximum speed. However, once a flow test begins, it must flow it until it clears. After the initial flow test, once a year, it should be checked, and the city is responsible for any maintenance.

Blue Ridge Mayor Donna Whitener requested if the city could know about flow tests in advance so businesses could be informed well in advance. She also asked if the tests could take place outside of the lunch or dinner times.

Another meeting will take place either in August or September to ensure all hydrants are in service.