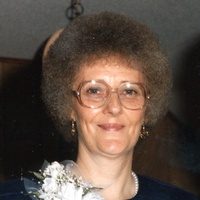 Margie Green Thrasher, age 75, of Blue Ridge, passed away on Thursday, January 24, 2019 in Blairsville. Born on August 4, 1943 in Blue Ridge, GA, she was the daughter of the late John and Arlevia Wayman Green. She was a member of New Antioch Baptist Church. She worked for the Fannin County School System for many years in the cafeteria. She is also preceded in death by her husband of 56 years, William Earl Thrasher, daughter, Robin Thrasher, three brothers, and six sisters.

She is survived by her son and daughter-in-law, Rev. Terry and DeAnna Thrasher of Blue Ridge; grandchildren, Jonathan Thrasher and Evie Thrasher; and brother and sister-in-law, Frank and Daisy Green of Oklahoma.