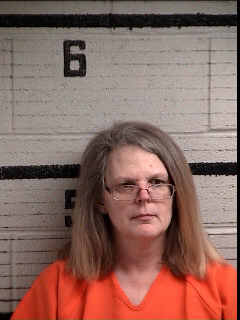 McCAYSVILLE, Ga. – According to the booking report from the Fannin County Detention Center, Trudy Dawn Little, 56, of 327 First Street in McCaysville, was arrested Friday, Dec. 22, by the McCaysville Police Department. Little was charged with one count of manufacturing, selling and/or distributing schedule IV drugs and one count of possession of methamphetamine, according to the McCaysville Police Chief Michael Earley.

After being taken into custody at the Fannin County Detention Center, Little was released Sunday, Dec. 24, on a $15,000 bond.

The arrest followed the discovery of the body of Richard Kormondy, 49, of Murphy, North Carolina, at Little’s McCaysville apartment Dec. 14. Earley confirmed that the Georgia Bureau of Investigation assisted with the investigation of the incident, and the investigation continues. Authorities are waiting for autopsy results from Kormondy’s body to determine the exact cause of death.