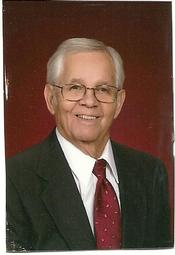 Mr. Richard Edward Daetwyler, age 85, of Mineral Bluff, GA, passed away September 28, 2012, in the Fannin Regional Hospital.He was the son of the late Paul and Anna Zumbach Daetwyler. He served his country in the United States Navy. After Graduating College he worked for a number of years for Lockheed in both Hagerstown, MD and Marietta, GA. During his time in Marietta, GA he served in many capacities for Antioch Baptist Church in Marietta such as assistant youth leader, sunday school teacher and a choir member. After he and his family moved to Epworth, he later joined Epworth Baptist Church. He had been a very active member of the community for many years.

The family will receive friends at the funeral home on Monday evening from 6-9 p.m.

For those desiring memorial contributions may be made to the Lupus Foundation, Breast Cancer Research or to the In the Light Youth Ministries at First Baptist Church, Epworth, GA.

Condolences may be sent to the family at www.akinsfuneralhome.com