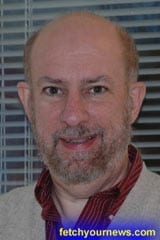 I’ve met some agnostics before, but I’ve only met one or two people who actually claimed to be an atheist. Most people who struggle with the existence of God will simply opt to the agnostic position. The agnostic says that they just don’t know for sure whether or not God exists. When an atheist claims that God does not exist, then he or she directly denies the clear truth of Scripture. So who will we believe, God or atheists?

Romans 1:18-20 states in no uncertain terms that, in fact, it is atheists that don’t exist:

For the wrath of God is revealed from heaven against all ungodliness and unrighteousness of men who suppress the truth in unrighteousness, because that which is known about God is evident within them; for God made it evident to them. For since the creation of the world His invisible attributes, His eternal power and divine nature, have been clearly seen, being understood through what has been made, so that they are without excuse.

Based on this same Scripture we can clearly see that atheists are denying the truth in unrighteousness. God’s existence is a threat to what they believe and to how they want to live their lives. Denying the reality of God allows them to remain in their sin. I guess they will explain this to God on judgment day. But, these verses will destroy their defense, “so they are without excuse.”

How can anyone look at creation, see through a microscope or telescope and rationally conclude this all just happened and that it’s all just an incredibly large cosmic accident. To do so is just not rational. When man denies God he becomes irrational. If we believe Scripture then God did create the heavens and the earth, man, animals, and plants, in seven days. Why would this be too hard for God?

It is very interesting that atheists, who deny God’s existence, spend so much time, energy, and even money fighting those who do believe. I don’t believe in ghosts or goblins, but I don’t spend any time trying to persecute those who do. Why would I?