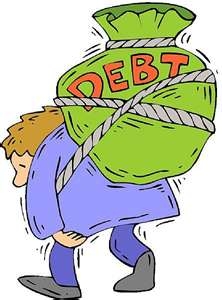 Recently Chairman White House council of Economic advisers Austan Goolsbee said that if congress did not raise the nation’s debt ceiling, “the impact on the economy would be a catastrophe.” It’s ‘not time to play chicken with the debt ceiling’ he added
When Henry Paulson (U.S. Treasury secretary under President Bush) gave us TARP, he said, “we have no choice.” If we don’t do this we will collapse the world’s financial markets. On September 24, 2008 President Bush came out and addressed the nation for 12:57 seconds. He said “these are not normal circumstances.” And if we did not pass the TARP bill it would cause “financial panic”… “this will help our economy grow.”

Next we have auto bailouts. The government exercised a managed bankruptcy of GM. They bypassed all contract law and put unsecure debt over secure bond holders. President Obama explained to the country “we have no choice” — where have you heard that before? He went on to say that by not saving the auto industry, we would lose millions of jobs and the economy could go into a depression.

This was the same theme on the massive stimulus package. The one that would keep unemployment under 8%. Also with the trillion-dollar health care bill. The list goes on and on. The reoccurring theme, the American people don’t understand: “What would happen if we don’t __________?” They just fill in the blank for us.

I know I didn’t go to Harvard or Yale so I don’t have the education necessary to bankrupt a country. But I want to see what happens for myself. Don’t raise the nation’s debt ceiling. Play chicken with it. They say we would default on our payments to our creditors. WOW! Do the Chinese send us a 10-day letter? Do we have 90 days before they start foreclosure? Can we ask them for a loan modification? You know — get a better rate on the debt?

I know this is not a joke; our country has a serious debt and spending problem. Some days I feel politicians have this country in managed bankruptcy. I seriously want congress to vote ‘no’ on raising the debt ceiling and make the spending cuts necessary to keep us under the ceiling. Millions of Americans have cut their spending to levels under what we have to spend. I know that sounds odd when you read it, but it is common sense.

Tell the politicians: “If we don’t have it, we can’t spend it!” Everything we know, we learned in kindergarten. I want to see what would happen.