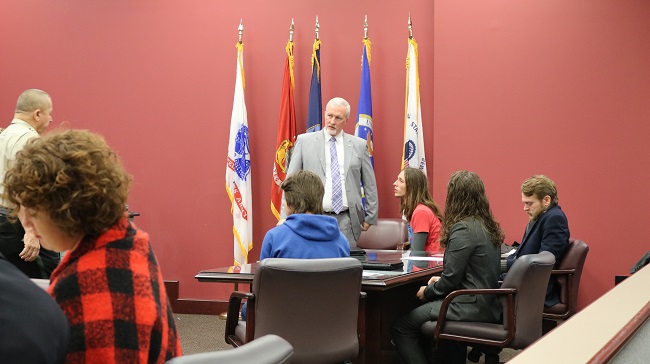 Blue Ridge, Ga. – Two more arrests were made in connection with the murder of Justin McKinney.

Still dressed in civilian clothing to pair made their way into a Fannin County courtroom for an initial appearance today.

Appalachian Judicial Circuit Superior Court Judge Brenda Weaver presided over the hearing and opened the court by questioning, “Have the families of the alleged victims been notified of today’s hearing?”

“They have not your honor,” District Attorney B. Alison Sosebee replied giving explanation: “We are waiting on information from the investigative agency, the Georgia Bureau of Investigation, to get that final contact information.”

Weaver individually read the warrants against the boys charging each with the crime of murder and informed them of their rights.

Cloer, the older of the pair, told the court that his family would be hiring an attorney to represent his case, while Manuel expressed uncertainty and opted for a Public Defender.

Public Defender Clint Hooker was present in the courtroom again today to advise the defendants on their rights. However, there is an ongoing conflict of interest with Hooker’s team defending the boys due to having represented at least one of the alleged victims in the past.

“I have asked the public defenders office to sit and be with you today to make sure that none of your rights are violated,” Judge Weaver explained the presence of the defense team on hand in the courtroom.

Family members of the defendants were present in the courtroom, and the mother of Cloer spoke up about her son before dismissal. 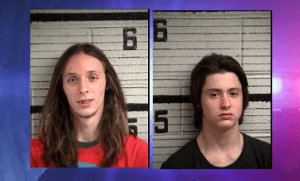 (Left to Right) Lakota Ricky Cloer, age 16 and Dalton Levi Manuel, age15, of Morganton, GA was arrested and charged with the murder of Justin McKinney.

“Lakota has had death threats against him, at the Marietta youth detention center, so if we could request him to be sent to a different location,” Cloer’s mother spoke on her son’s behalf and clarified, “From other inmates. They told him that if he came back they were going to kill him.”

Sosebee offered to inform the proper parties of the threats that have been made and allow the detention center to take any action needed.

“He did let them know at the detention center and I don’t know what actions were taken, if any,” Cloer’s mother replied and added, “I just want my son safe.”

Weaver agreed with informing the detention center of the threats, and told Cloer’s mother that the wardens at the facility would be told directly.

“Do you know with the ongoing investigation will there be others who may need a first appearance Monday or Tuesday of next week? Do you know if anyone else might be arrested in this matter?” Judge Weaver questioned Sosebee before adjournment.

District Attorney Sosebee replied that she would not be able to answer that question with the investigation still ongoing.

More charges are expected to come in the case, including those related to a second victim, Anna Franklin, that was also shot in the early morning hours of Dec. 4. 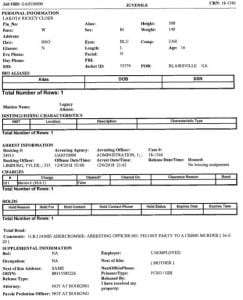 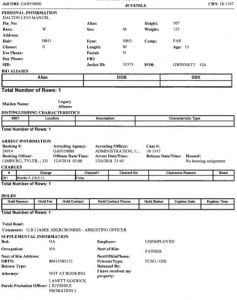